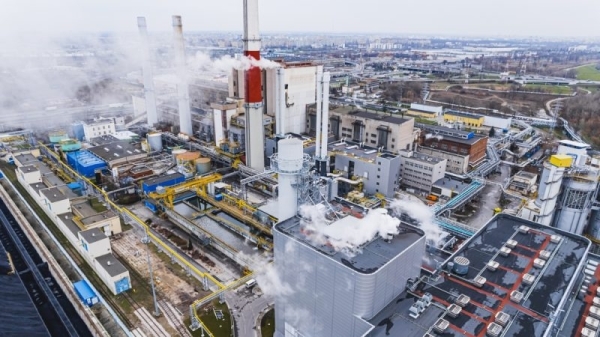 Ghana became the first country to receive India-made vaccines from the global Covax scheme Wednesday (24 February), paving the way for poorer nations to catch up with inoculation drives in wealthier parts of the world to stamp out the coronavirus pandemic.

But Europe’s vaccine rollout faced fresh problems after AstraZeneca said it would only be able to deliver half its promised doses to the EU, deepening tensions with the bloc over supply shortfalls.

More than 217 million vaccine doses have been administered globally, according to an AFP tally Wednesday, though the vast majority have been given in high-income countries.

Hopes are high that the inoculations will allow the world to finally emerge from a pandemic that has killed more than 2.4 million, infected 112 million, and hammered the global economy.

But health experts have warned that unless the whole world has access to vaccines, the pandemic will not end.

The head of the World Health Organization applauded the first delivery of the Covax vaccines Wednesday.

“At last!” WHO chief Tedros Adhanom Ghebreyesus said in a tweet.

“A day to celebrate, but it’s just the first step.”

The WHO is one of several organisations behind Covax, which aims to deliver at least two billion doses globally by the end of the year.

The 600,000 doses delivered to Ghana in a ceremony broadcast live on television are from Oxford/AstraZeneca made in India, and will be administered in several Ghanaian cities from Tuesday.

They are part of an initial tranche of deliveries bound for several low- and middle-income countries, including to Ivory Coast this week.

Covax, led by Gavi the Vaccine Alliance, the WHO and the Coalition for Epidemic Preparedness Innovations (CEPI), is seeking to ensure vaccines are equitably distributed globally.

In South Africa, struggling with a recession as well as the pandemic, Finance Minister Tito Mboweni said the government planned to allocate 10 billion rand ($688 million) to buy and deliver coronavirus vaccines over the next two years.

In the US, the Food and Drug Administration (FDA) said that the single-shot Johnson & Johnson vaccine is highly effective in preventing severe Covid-19, including newer variants.

The vaccine is likely be authorised on Friday, making it the third available in the country hit hardest by the coronavirus pandemic.

“Johnson and Johnson has announced it aims to deliver a total of 20 million doses by the end of March,” he added.

By contrast, the European Union is still facing an uphill struggle in securing coronavirus vaccines for its 27 member states.

AstraZeneca said Tuesday its EU supply chains would only be able to deliver half of an expected order of 180 million doses, but said it would fill the gap by using its international network.

It is the latest setback for the bloc, which has come under fire for its sluggish vaccine rollout. 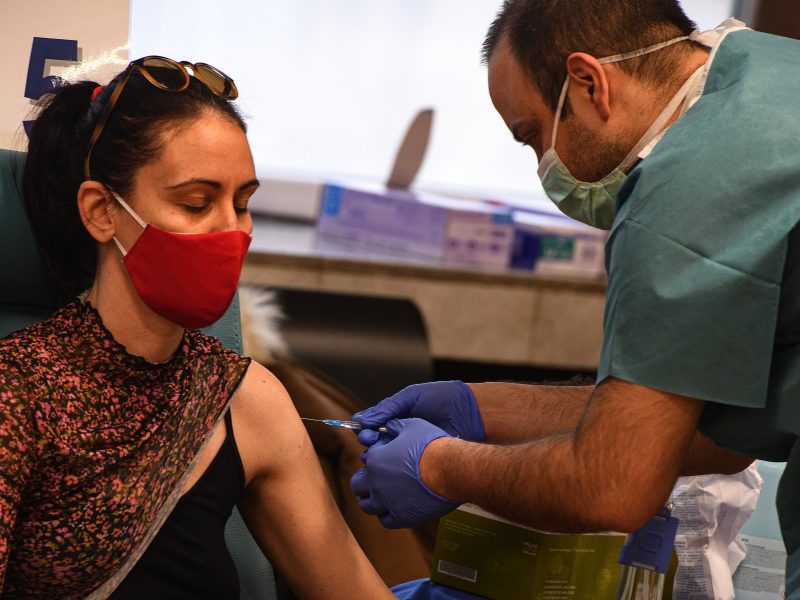 Bulgaria’s health minister has accused AstraZeneca of failing to stick to its delivery schedule of COVID-19 vaccines to the country and demanded the immediate shipment of at least 52,800 doses that were postponed to 1 March.

EU chief Ursula von der Leyen was locked in a war of words with AstraZeneca earlier this year after accusing the British-Swedish firm of breaking a contract by delaying vaccine deliveries.

But she struck a more affable tone Wednesday, saying she was “optimistic” about the rollout.

“New questions are always arising that we can generally resolve amicably,” she told a German newspaper, in comments published Wednesday.

Elsewhere on the continent, Hungary forged ahead with its own campaign, administering Chinese-made Sinopharm jabs in a first for the EU, having already become the first EU nation to administer Russia’s Sputnik V vaccine.

Ukraine also celebrated a landmark Wednesday, giving a doctor the country’s first Covid shot, a slow start to its own vaccination programme that has sparked widespread anger there. 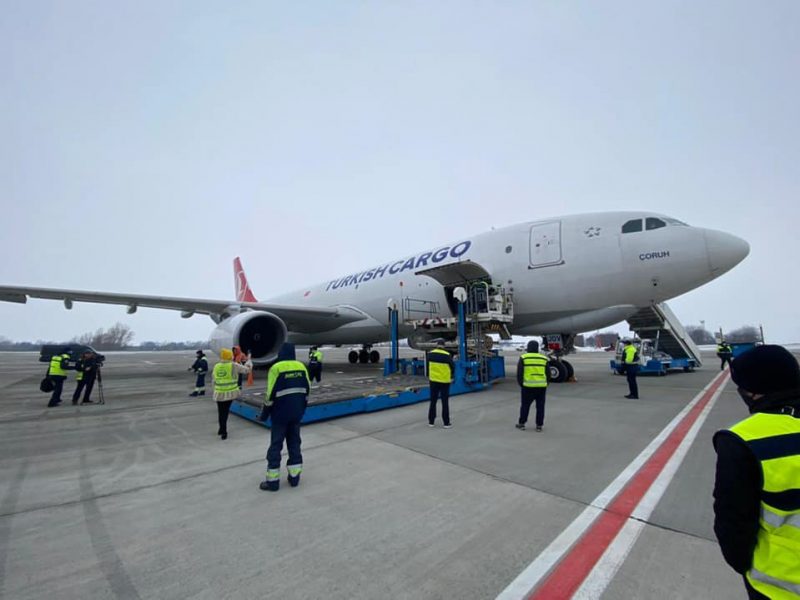 Ukraine started its COVID-19 vaccination campaign on Wednesday (24 February), with doctors the first to be inoculated.

In France, which has faced global embarrassment over its stuttering vaccination campaign rollout, the government said new restrictions in some regions could be imposed amid “a worsening situation”.

Sweden also said it was tightening virus restrictions and warned of further curbs if people did not stick by the rules.

In Israel, parliament passed a law allowing the government to share the identities of people not vaccinated against the coronavirus with other authorities, raising privacy concerns for those opting out of inoculation.

In India however, there was a glimpse of normality more than a year into the pandemic, as sports fans streamed into a brand new cricket stadium in Ahmedabad — the world’s biggest.

“I am here with my whole family for this historic moment. We have taken precautions for coronavirus by wearing masks,” said an excited Tarun Parmar, ahead of a Test match against England.