Wind provided 16% of EU electricity in 2020, despite COVID delays 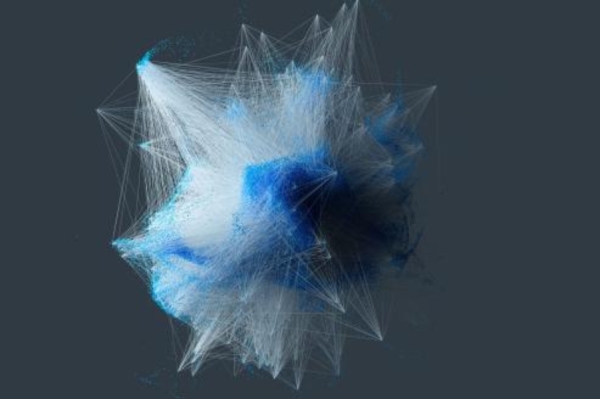 Wind energy provided 16.4% of EU and UK power in 2020, bringing the industry closer to its objective of producing 50% of the bloc’s total electricity by 2050. But permitting issues, lockdowns and changing regulations threaten to slow down further deployment, the industry warns.

Denmark saw almost half of its electricity provided by wind in 2020, while Ireland saw 40% and Germany and the UK each had 27%.

But even though 14.7 GW came online in 2020, last year saw a drop in installations, including a 22% fall in onshore wind as delays in the supply chain and lockdowns hampered progress.

The Netherlands installed the most wind capacity, with Germany coming in second. There are also new movers, like Poland, which saw significant growth from 53 MW in 2019 as most of the 1 GW auctioned in 2018 came online. Russia was also among the rising stars, with 0.8 GW commissioned.

“This year there was much more diversification than in previous years. You see some newer faces in the top five,” said Ivan Komusanac, an analyst at trade association WindEurope.

There is currently around 220 GW of wind capacity in Europe, with Germany far out in front. New players include Sweden and Turkey, which are beginning to build up fleets, and Poland, which is expected to increase its capacity in the latter half of the decade.

But Komusanac warned that EU countries are still not ambitious enough to meet the Commission’s current target for renewable energy by 2030, let alone the expected increase to meet the new climate target.

A record 3.6 gigawatts of new offshore wind capacity was added across Europe in 2019, but the pace of deployment is still too slow to reach Europe’s ambitious climate targets, according to new industry figures published on Thursday (6 February).

He said that countries would need to be installing 18 GW every year, but that current plans fall at least 3 GW short of this.

In its current scenarios, WindEurope expects 105 GW to be installed in the next five years, but warns this could be as low as 79 GW if COVID restrictions, permitting issues and delays in building up the grid continue.

“We also need to make sure governments do their work on permitting. If you want to reach the -55% target there will be much more need for offshore wind,” said Komusanac.

He added that recovery funding is absolutely crucial for the wind industry and needs to be used for building up grids and infrastructure, including ports and roads for offshore energy.

Another issue facing the wind industry is ageing turbines. Around 26 GW of capacity will be over 20 years old in the next five years, with 1.5 GW becoming over 30. New turbines are far more efficient but it can be hard to get permits for replacements as regulations on maximum height may have changed since old wind farms were built and new turbines tend to be taller.

Some planning issues can be circumvented by making small changes, like fitting new blades and gearboxes, but ultimately, they will need to be replaced or the potential will be lost.

“7 GW will be completely gone. Those will be fully decommissioned projects that would be completely lost, we would lose that clean electricity that we were receiving for the last 20 years or more,” said Komusanac.

This has become a sensitive question in Germany, which faces growing issues with public acceptance and a slow uptake in replacing turbines. To address this, Komusanac emphasised the need to engage the local population in planning processes.

“The easiest way is to involve the local community as early as possible. In that way, you will reduce the risk of having a low public acceptance,” he said.

Komusanac also highlighted that the wind industry can help reskill workers as part of national “just transition” schemes. Currently, the industry employs 300,000 people across Europe, but those numbers are expecting to increase to 450,000 over the next 10 years.

The EU’s renewable energy directive already includes provisions to speed up permitting processes, but these are not currently adhered to. As the EU plans to revise it, WindEurope will be focusing on how to improve permitting procedures.

Wind power: What next for Europe?

Europe is the cradle of the wind energy industry and is still rightly perceived as a global leader in the sector. But fresh projects have slowed in recent years, pointing to new challenges for the EU’s wind energy sector in …