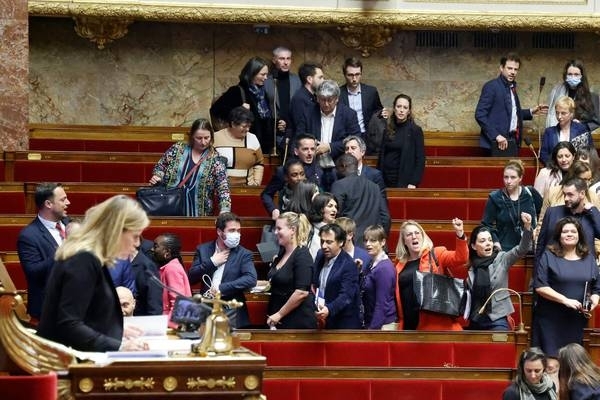 The research by international NGO Global Witness has uncovered close links between the three EU commissioners and companies involved in the fossil fuel business.

Although all of them had severed ties with their previous jobs before joining the European Commission, their past activities or links between their immediate family and the fossil fuel sector “should at the very least give pause for thought about their appointment to ‘green’ Commission briefs,” Global Witness says.

Contacted by EURACTIV, the European Commission pointed to its code of conduct, which stipulates that a “conflict of interest does not exist where a member is only concerned as a member of the general public or of a broad class of persons”.

“This applies also to family members,” a Commission spokesperson said, noting that apart from commissioner Vălean, who is in charge of transport, “none of the three members of the College referred to are directly in charge of energy and climate policy”.

Of the three, Spanish Commissioner Josep Borrell, in charge of foreign policy, is probably the most directly associated with fossil fuel interests. From 2009 to 2016, he served on the board of Abengoa, a Spanish energy company involved in the construction of combined-cycle gas turbine (CCGT) power plants. During this time, Borrell received up to €300,000 a year from Abengoa.

Borrell’s dealings with Abengoa already earned him some trouble. In 2012, he was forced to resign as president of the European University Institute after failing to declare his interest in the Spanish energy company.

The Spaniard’s interest in the energy sector is hardly surprising. He holds a master’s degree in oil economics and has spent almost a decade as an engineer for Spain’s national petroleum company, Cepsa.

“Borrell’s history with Abengoa raises questions for a politician so closely involved in European environmental policy. As the EU’s high representative for foreign affairs and security policy, Borrell represented the bloc at COP25 in 2019,” Global Witness said, adding that Borrell will also be travelling to Glasgow for the COP26 in November this year.

European Commission President Ursula von der Leyen has branded the Green Deal as the “hallmark” of her five-year mandate, saying it is the EU’s “new growth strategy” for the coming decades. Climate change is “an existential issue for Europe – and for the world,” the 61-year old former German defence minister said when she took up her position in 2019.

For Global Witness, this means the Commission should be committed to the highest ethical standards.

“The European Commission has been clear that it wants to take a global lead on fighting the climate crisis, but its ties to the fossil fuel industry that caused this crisis run deep. To be up to the challenge of tackling climate change, the Commission must not be beholden to companies who put profit above people and planet,” said Barnaby Pace, a senior campaigner at Global Witness.

“The fossil fuel industry has been able to become so powerful precisely through exerting influence over politics. The European Green Deal must mark a turning point and cut off the pipeline between politics and polluters,” Pace told EURACTIV.

Contacted for comment, EU Commission spokespeople underlined that “Mr Borrell has satisfactorily gone through the established procedures in place in the European Commission for the screening of potential or perceived conflict of interests” and passed his confirmation hearing in the European Parliament without any major hiccup.

Unlike Borrell, Cypriot Commissioner Stella Kyriakides, in charge of health, did not have direct professional dealings with fossil fuel interests.

However, her declaration of interests, submitted in February this year, reveals that her husband was a director at Motor Oil Holdings Ltd and Petroventure Holdings Limited, two Cypriot companies which together own a 40% stake in Motor Oil Hellas, a large Greek oil refining and trading company.

Motor Oil Hellas operates the Corinth Refinery, the largest privately held industrial complex in Greece, which processes 186,000 barrels of crude oil per day. The company has also been involved in gas exploration in Texas and Tanzania.

Responding to questions posed by Global Witness, a spokesperson for Kyriakides said her husband’s directorships did not constitute a conflict as defined by the Commission’s code of conduct.

Things may get trickier for Adina Vălean, the Romanian Commissioner in charge of transport. When sifting through her declaration of interests, Global Witness found out that she had served on the advisory board of Finite Assets Ltd, a company apparently registered in the British Virgin Islands, for which she received consultancy fees worth €104,325.

This consultancy work took place when Vălean was still a member of the European Parliament, before taking up her current role, according to a separate declaration of interest filed by her husband, a Romanian politician.

When Vălean was still on the advisory board of Finite Assets, the company appears to have been wholly owned by Rompetrol Holding S.A., a Swiss company which according to media reports was in turn owned by billionaire Dinu Patriciu.

Rompetrol was fully government owned until Patriciu acquired it in 1993. He later became Romania’s richest man after selling the company to KazMunayGas, Kazakhstan’s state oil and gas company, in two separate deals between 2007 and 2009.

“There is no suggestion that Vălean’s connections to Patriciu influenced her work in the European Parliament” or on other policy areas, Global Witness says. “But her closeness to the industry raises broader questions about her priorities and suitability for a Commission post of key significance for carbon emissions.”

Vălean was the head of the European Parliament delegation to the UN climate summit in 2018, taking part in global climate diplomacy at the highest level.

When contacted by EURACTIV, Vălean’s spokespeople did not comment about her consultancy work as an MEP and pointed to the “particularly robust protections” provided by the European Commission’s code of conduct.

However, Daniel Freund, a German Green MEP, believes the Commission should be held up to higher ethical standards than the ones currently in place.

“Policies implemented by the EU Commission must follow guidelines to contribute to the common good and cannot be shaped by major economic players,” said Freund, who served as head of EU office for Transparency International, an NGO, before becoming an MEP in July 2019.

In order to avoid conflicts of interests, the EU needs to put in place “an independent ethics body,” Freund said. “Otherwise, we might risk losing citizens’ trust in this undertaking,” he told EURACTIV.

The European Commission has already been in trouble in the past over links between its members and fossil fuel firms.

In the previous Commission led by Jean-Claude Juncker, the energy and climate commissioner, Miguel Arias Cañete, came under heavy fire from MEPs for his past links with the oil industry.

During his confirmation hearing in the European Parliament, the former Spanish agriculture minister ran into a barrage of criticism over last-minute changes to his statement of financial interests and for hurriedly selling his shares in two oil companies – Ducar and Petrologis – before appearing in front of MEPs.

His appointment was later cleared as part of a broader coalition deal between the Parliament’s two largest political groups – the European People’s Party (EPP) and the Socialists and Democrats (S&D).

At the end of his mandate, Cañete ended up being celebrated as a champion of EU climate diplomacy and had become one of the darlings of the environmental NGO community. 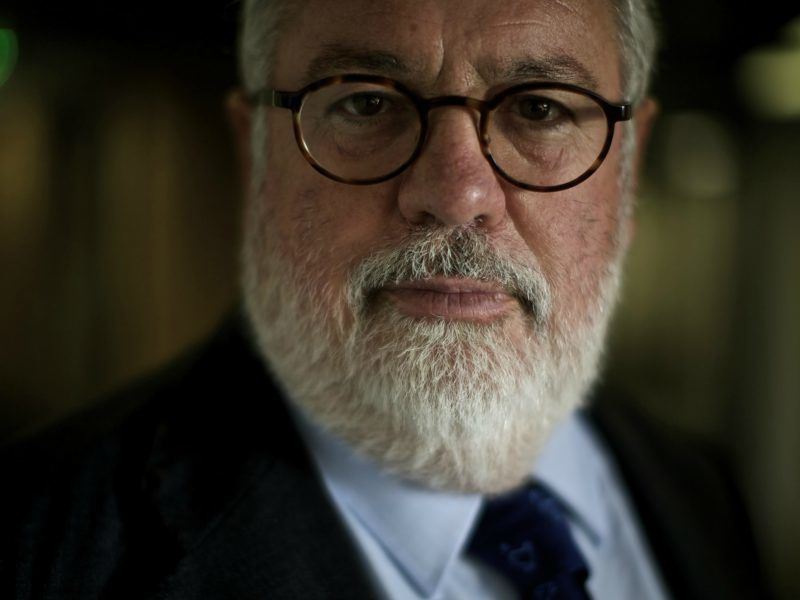 “We will leave the European Union with a vision for the future,” the commissioner told EURACTIV’s media partner Climate Home News as he prepared to fight for net-zero emissions.