Combatting corruption, one politician at a time - President Chakwera’s latest efforts in his ongoing anti-corruption campaign 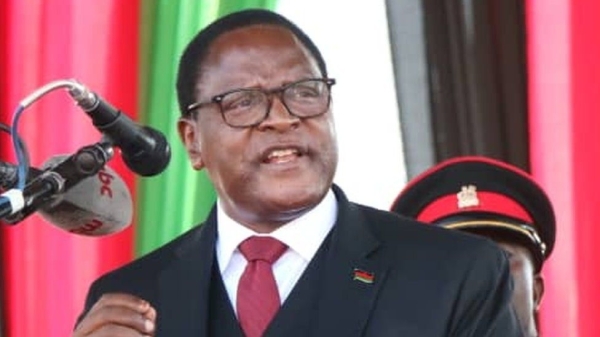 Two weeks ago, Malawi President Lazarus Chakwera dissolved his entire 33-member cabinet. Following corruption charges against his former Minister of Lands, Labour, and Energy, this is a monumental moment for Malawi that is still dominating the local and global news cycle.

The seriousness of these corruption charges varies, but all are severe enough to warrant thorough investigations. Newton Kambala, the former Minister of Energy, faces accusations relating to fuel import deals. Former Labour Minister, Ken Kandodo, has allegedly been mismanaging government funds dedicated to COVID-19. Kezzie Msukwa, the former Minister of Land, was arrested on allegations that he received a bribe from Zuneth Sattar – a Malawian businessman arrested back in October 2021 for offering Msukwa cash and a car to gain commercial leverage with Msukwa.

While Msukwa is the only former minister in handcuffs for his alleged crimes, at least so far, President Chakwera made his message loud and clear – corruption will not be tolerated in the Chakwera administration.

For those following President Chakwera’s moves over the past couple of years, this should come as no surprise.

Sworn in as Malawi’s sixth President in 2020, President Chakwera ran on an anti-corruption campaign, promising to get rid of the corruption that has plagued the country for decades. His messaging resonated with the Malawi people, particularly as the then incumbent President Peter Mutharika faced allegations of receiving over $180,000 in bribes while serving as president, abusing his position of power.

Since the peaceful transition of power in 2020, President Chakwera has implemented many efforts to lessen corruption across the Malawian government. Most notably, he established the Anti-Corruption Bureau (ACB), an agency created to investigate corruption claims within the government without political interference or bias. Appointing Martha Chizuma, known to many Malawians as an iron fist honest lady, as the ACB’s Director-General, President Chakwera has established and maintained a programme with a strong leader, unified to end corruption in Malawi.

Msukwa and Sattar’s recent arrests are just the tip of the iceberg concerning the results of this programme.

On 13 January, the ACB arrested Godfrey Itaye and Henry Macheso of Malawi Communications Regulatory Authority (MACRA). The former Director-General and Director of Administration, respectively, were charged with abuse of office and failure of official duty.

Additionally, in December 2021, former Finance Minister Joseph Mwanamveka and former governor of the Reserve Bank of Malawi Dalitso Kabambe were arrested by the Malawi Police under allegations of fabricating figures to secure a loan from the International Monetary Fund.

To further support his anti-corruption campaign and improve transparency with government officials, President Chakwera has implemented the Face the Press Initiative, a reoccurring forum that discloses information relating to current government projects, such as their purpose, timeline, and budget. In partnership with the Access to Information Bill, which improves the scope of information the public legally has access to, it is clear he is not afraid of good governance reform that is for the people.

Marking the beginning of a new era in Chakwera’s administration, Malawi’s president swore in his new cabinet on January 30th. This new era is one that will continue to support initiatives such as the ACB. One that will continue to brainstorm new, innovative ways to combat corruption. One that, in the words of President Chakwera during his speech two weeks ago, is here to "serve, not rule or boast".

Later in his speech, President Chakwera warned his new cabinet: "If you do not follow the law, the law will follow you. And if you think that I will use my office to save you from facing a law you have broken, then you are gravely mistaken."

As the rest of President Chakwera’s term plays out, we can expect this sentiment to strengthen as his anti-corruption policies unfold. Time will tell us his legacy, not only as a leader and reformer of Malawi but for the entire Southeast African region.