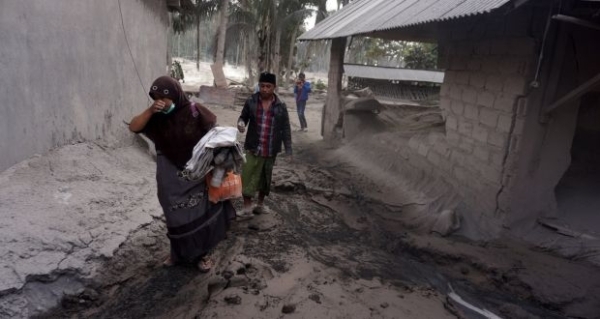 2020 did not bring significant progress for the agenda of United Nations Security Council Resolution 1325 on Women, Peace and Security (WPS) and the COVID-19 pandemic even caused significant setbacks for women’s rights. But there were also a number of highlights, write Brigitta von Messling and Tobias Pietz.

Twenty years ago, the United Nations Security Council emphasised the importance of women’s participation in peace processes with the adoption of Resolution 1325 on Women, Peace and Security (WPS).

UN Resolution 1325 was followed by nine additional resolutions, which addressed more strongly the issue of sexual violence in conflicts, as well as the active involvement of women in peacebuilding.

With many aspects of the resolution(s) still not sufficiently implemented, supporters had looked forward to the anniversary year with great hope – including Germany, which placed a focus on 1325 during its non-permanent seat on the UN Security Council in 2019-20 and the EU Council presidency in the second half of 2020.

However, it is clear that 2020 did not deliver significant progress for the 1325 agenda.

The COVID-19 pandemic even caused significant setbacks for women’s rights, including economic marginalisation, an increase in violence against women, a higher burden on women in the care sector, and the withdrawal of funds for sexual and reproductive health and rights. And in crisis regions, where resilience to the virus is low, women are particularly affected.

Instead of responding appropriately to these effects of the Corona crisis with a new resolution in October, the anniversary month of UNSCR 1325, member states that advocate the WPS agenda actually had to defend the progress made until now in the Security Council.

Thus, they opposed a Russian draft resolution, which would have meant a step backwards in terms of content. Since 10 of the 15 members of the Security Council, Germany included, did not want to actively vote against a resolution on WPS, they chose to abstain the vote on the text, causing the draft not to be adopted.

Already in 2019, after an open debate on conflict-related sexual violence, a difficult compromise had been reached under the German chairmanship with Resolution 2467, which was on the back burner for a long time because of opposition from the US, Russia and China.

But 2020 also had some WPS highlights. In Belarus, the democratic protest against Alexander Lukashenko clearly bears female traits. One can only hope that women like Maria Kolesnikova will play a central role in shaping and implementing the democratic transition.

There has also been progress in advancing Agenda 1325 in the context of UN peace operations. In August, Resolution 2538, which, among other points, seeks to strengthen the role of women in uniform, was passed unanimously in the Security Council.

The UN is currently improving in terms of gender equity in leadership positions in operations: one-third of the UN’s top positions in peace operations and special envoys are held by women, and as many as half of the deputy positions.

Moreover, the German diplomat Helga Schmid was recently elected the new and first female secretary-general of the Organization for Security and Cooperation in Europe (OSCE).

Together with the upcoming Swedish chairmanship of the OSCE, she has the opportunity to put the issue of WPS at the top of the agenda. However, with Schmid’s successor at the EU, the senior leadership of the European External Action Service (EEAS) is now once again all-male.

And EU crisis management missions and operations under the Common Security and Defence Policy (CSDP) have also been a very male affair.

Bulgarian diplomat Nataliya Apostolova, appointed in August to head the EU Police Mission in the Palestinian Territories (EUPOL COPPS), is only the seventh woman to head an EU civilian mission, out of 65 male mission heads so far.

But rumour has it that the new head of mission of EUCAP Sahel Niger will also be a woman.

Insufficient representation of women in the staff of both EEAS and the Commission was one of the reasons that German MEP Hannah Neumann, together with other parliamentarians, launched a resolution on “Gender Equality in the EU’s Foreign and Security Policy,” which found its way into the Commission’s new – third – Gender Action Plan (GAP3).

Now it is up to the member states to support GAP3 and to also implement it in their own national action plans.

Some NGOs are already talking about celebrating the anniversary of 1325 in 2021 – with the designated US ambassador to the UN, there is at least another prominent WPS supporter in the Security Council.

But the best way to honour the anniversary would be to make concrete progress in the implementation of the resolution (s) right now. Then we would have a reason to celebrate.