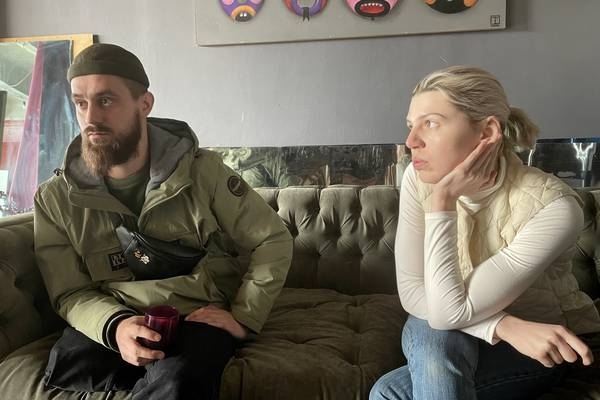 Former US president Donald Trump is due to make his first public appearance following his defeat to Joe Biden in the 2020 US presidential election.

Mr Trump is scheduled to speak on Sunday at the annual Conservative Political Action Conference (Cpac), a conference dedicated to the future of America’s conservative movement. Aides say Mr Trump will use his speech to reassert his power.

Many speakers at the conference in Orlando over the weekend have declared their loyalty to the former president, as attendees posed for selfies with a golden statue bearing his likeness.

As the Republican Party grapples with deep divisions over the extent to which it should embrace Mr Trump after losing the White House and both chambers of US congress, those gathered at Cpac made clear they are not ready to move on from the former president — or from his baseless charges that the November election was rigged against him.

The programme underscored the split raging within the Republican party, as many establishment voices argue it must move on from Mr Trump to win back the suburban voters who abandoned them in November, putting Joe Biden in the White House.

Senate Republican leader Mitch McConnell and others worry Mr Trump will undermine the party’s political future if he and his conspiracy theories continue to dominate Republican politics.

But at the conference, speakers continued to fan disinformation and conspiracy theories about the 2020 election, with panels dedicated to amplifying false claims of mass voter fraud that have been dismissed by the courts, state election officials and Mr Trump’s own administration.

Senator Josh Hawley, another potential 2024 hopeful, received a standing ovation when he bragged about challenging the election certification on January 6th, despite the storming of the Capitol building by Trump supporters trying to halt the process.

“I thought it was an important stand to take,” he said.

Others argued the party would lose if it turned its back on Mr Trump and alienated the working-class voters drawn to his populist message.

“We cannot — we will not — go back to the days of the failed Republican establishment of yesteryear,” said Florida governor Ron DeSantis, who outlined a new Trumpian agenda for the party focused on restrictive immigration policies, opposition to China and limiting military engagement.

“We will not win the future by trying to go back to where the Republican Party used to be,” echoed Florida senator Rick Scott, who chairs the fundraising committee tasked with electing Republicans to the US senate.

Mr Scott is dismissing pressure on him to “mediate between warring factions on the right” or “mediate the war of words between the party leaders”.

He has refused to take sides in the bitter ongoing fight between Mr Trump and Mr McConnell, who blamed the former president for inciting the deadly Capitol riot but ultimately voted to acquit him at his impeachment trial earlier this month.

However, in speeches throughout Friday, party turmoil was front and centre.

And as the event was wrapping up, Mr Trump issued a statement endorsing Max Miller, a former staffer who has now launched a campaign challenging Ohio representative Anthony Gonzalez, another Republican who voted in favour of impeachment.

Kimberly Guilfoyle, a former Fox News Channel host and Mr Trump jnr’s girlfriend, offered a pointed message to those who stand in opposition to the former president, who was not due to arrive until Sunday but who was present in spirit in the form of a large golden statue erected in a merchandise show booth, where attendees could pose for pictures with it.

“We bid a farewell to the weak-kneed, the spineless and the cowards that are posing in DC pretending that they’re working for the people,” she said. “Let’s send them a pink slip straight from Cpac.”

Mr Trump jnr, who labelled the conference “Tpac” in honour of his father, hyped the return of his father and the “Make America Great Again” (Maga) platform to the spotlight.

“I imagine it will not be what we call a ‘low-energy’ speech,” he said.

“And I assure you that it will solidify Donald Trump and all of your feelings about the Maga movement as the future of the Republican Party.” – AP