Russian opposition party flourishes amid doubts over its reform credentials 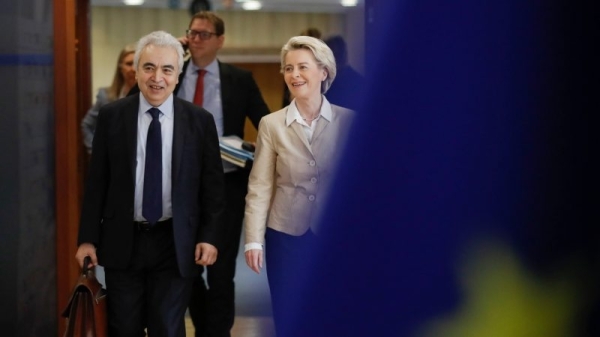 Registration of attendees at the congress of the New People party in Moscow in August 2020. Photograph: Sergei Karpukhin\TASS via Getty Images

Russian president Vladimir Putin has made it clear that he doesn’t tolerate dissent, but one new opposition party has flourished. And that party, curiously, has been speaking out on the same themes of fighting corruption and repression that have made opposition leader Alexei Navalny enemy No 1 of the Kremlin, with the government about to ship him off to a penal colony.

The new party thrives even as Navalny’s own party has been banned. The reasons, Russian analysts say, are to undermine Navalny, distract from his movement and divide the liberal opposition – all while providing a veneer of multiparty politics in a country where there is little meaningful electoral choice.

The new party, called New People, seems designed to appeal to Navalny’s followers. “For two decades, we lived in a situation of a false choice: either freedom or order,” its platform proclaims. The government, it says, “should stop seeing enemies and traitors in those who have other points of view”.

The Kremlin has worked on many fronts to destroy Navalny’s movement – arresting his supporters at protests and, according to Navalny and western governments, trying to assassinate him last year. Government officials have smeared him as a stooge of western intelligence agencies, and government-backed flash mobs have sprung up to support Putin.

But Navalny has also faced a steady stream of competing anti-corruption reformers who seem to operate with the government’s blessing – most recently New People, which has been revving up its campaign for parliamentary elections in September, when Navalny will be in a penal colony.

The founder of a cosmetics company, Alexei Nechayev, established the party last year to channel what he described as opposition sentiment in society, much as Navalny has been doing. But Nechayev refrains from direct criticism of Putin and is not calling for his ousting.

Navalny and his allies greeted the arrival of New People with disdain, identifying Nechayev as the latest in a long line of political doubles conjured up by the Kremlin to try to unseat Navalny from his leadership of discontented young professionals.

“They are trying to feed us the line these New People will now be the real competition for United Russia, ” Lyubov Sobol, a Navalny ally, said of the governing pro-Putin party in a YouTube analysis after the new party’s appearance last year.

“It’s kind of funny,” she added. “They say the right things, more or less, but obviously won’t ever do anything. They are simply spoilers.”

Russia’s political system is sometimes called “managed democracy”, for the practice of Kremlin political advisers creating, mentoring or funding supposed opposition figures and parties – and tolerating some others as long as they don’t criticise Putin directly.

These parties are allowed to compete among themselves, venting some steam in the population, while providing the necessary losers to create an illusion of choice in elections that the governing party mostly wins. Variants of such fig-leaf democratic systems exist around the world in autocratic countries.

Outside a few monarchies in the Middle East and remaining communist dictatorships like North Korea, elections, even if they are rigged, are the only accepted means of legitimising power today.

This gloss on Russia’s iron-fisted rule emerged in the early 2000s under a former domestic political adviser to Putin, Vladislav Surkov, though Surkov has since been elbowed aside. In the last presidential election in 2018, Ksenia Sobchak, a socialite who is reputed to be a goddaughter of Putin, filled the ersatz opposition role while Navalny was banned from running.

Similarly, New People allows Russians who support Navalny’s modernising agenda to vote for a legal alternative, without the headache of arrests and repression.

Nechayev denied he consulted with the Kremlin before forming the party, which now has 72 regional offices, having added two just in the last week, and actually won a smattering of seats last autumn in regional elections.

Still, political analysts have dismissed the idea that the party emerged without the Kremlin’s blessing. In Russia, “the real opposition is the unregistered parties”, Andrei Kolesnikov, a political scientist at the Moscow Carnegie Center, said in a telephone interview.

In an interview in the party’s spacious headquarters in an upscale office tower in Moscow, Nechayev listed the three conditions for registering a political party: refraining from criticism of Putin or his family, avoiding foreign financing and abstaining from unsanctioned street protests.

“We don’t violate these three red lines,” he said. “Often, and especially in the West, Russia is presented as just Putin and Navalny”, but many Russians want a moderate opposition, he said. “Most people understand the world is not black and white.”

Members of Just Russia, a party Surkov helped form in 2006 to fill the fake centre-left opposition slot in Russian politics, did just that in 2011 with an endorsement of a previous street protest movement led by Navalny.

One of those politicians, Gennady Gudkov, has since fled Russia and speaks openly of the Kremlin’s hand in faux opposition parties, a threat the real opposition faces in parallel with police crackdowns.

Of Surkov’s pivotal role in creating Just Russia, “there were no secrets”, Gudkov said in a telephone interview from Bulgaria.

In a macabre twist, one political figure believed to have arisen as a fake, or managed, copy of Navalny has even died in what Bellingcat, the open-source research organisation, has documented as a likely assassination with poison.

As an anti-corruption blogger, Nikita Isayev and his group New Russia had mimicked many of Navalny’s tactics, uncovering corruption among low-level officials. He was called “the New Navalny”. He refrained, though, from criticising Putin.

Isayev died suddenly at age 41 on an overnight train ride in 2019. Among the potential motives Bellingcat identified was palace intrigue. Isayev was seen as affiliated with Surkov, so when Surkov fell from favour, according to this theory, his Kremlin rivals arranged to eliminate his fake Navalny, too.