Limerick man flees Sweden over criticism of his Covid-19 campaign 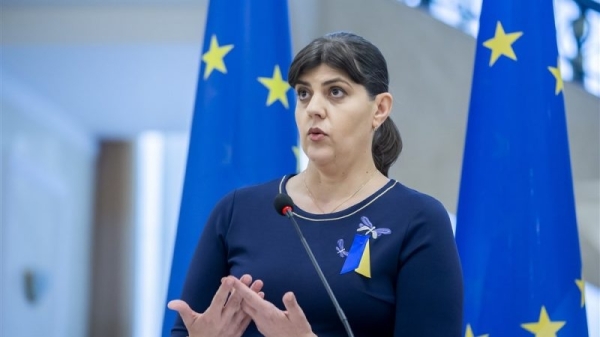 Keith Begg: “I received a letter in my postbox referring to me as a traitor, I got hate speech . . . calling me a dirty foreigner.”

A Limerick man has fled his adopted home of Sweden, fearing for his safety, after national public radio suggested an online group he moderated, which was critical of Sweden’s Covid-19 strategy, was a national security threat.

Keith Begg set up a private Facebook group with the aim of “exposing the failed Swedish Covid-19 strategy”.

But a recent national Swedish radio report portrayed his online activities as “attempting to influence Swedish interests abroad”, triggering a wave of abuse and threats. After nearly eight years in the country, the 46-year-old dual citizen of Sweden and Ireland decided to return to Limerick.

“I received a letter in my postbox referring to me as a traitor, I got hate speech . . . calling me a dirty foreigner,” he says. “It was getting so vitriolic, I was worried about a brick through the window and the safety of myself, my husband and our two cats.”

Unlike its European neighbours, Sweden declined to impose hard lockdowns and only recently has adopted additional measures such as face masks on public transport. The country of 10 million has 12,713 registered deaths from Covid-19, nearly five times higher than the combined death toll of its Nordic neighbours.

Alarmed by what he saw as uncritical coverage of the government, Begg set up Media Watchdogs of Sweden (Mewas) as an NGO almost a decade ago.

He says the closed Facebook group covered in the radio report, with about 200 members from many countries and professions, arose because members were tired of being attacked in other forums for expressing views that dissented from the Swedish mainstream.

In recent weeks a journalist with Swedish public radio (SR) joined the chat undercover. Listeners were told, in a 20-minute report, that members of a “secret” group thought Swedes were being “brainwashed” by “perpetrator” public health officials who should be put on trial.

As well as “unpleasant” language, SR noted group members had contacted EU embassies to “influence governments in Europe to have quarantine rules for Swedes travelling abroad and to keep the borders closed to Sweden”.

Begg, a long-time advocate in human rights and environmental issues, insists he did nothing beyond normal campaigning work.

He wrote to other EU embassies, urging their governments to study Swedish infection data closely. He wrote to MEPs, accusing Sweden of violating citizens’ human rights for denying healthcare or basing treatment decisions on age or underlying conditions. He has also challenged what he calls skewed reports by Swedish authorities on how keeping open its schools has had no negative public health effects.

The responding rhetoric from some public health officials, experts and media was, he says, “incredibly troubling, like something from an authoritarian state”.

“We have been portrayed as a clandestine group, and I’ve been called a terrorist, when we are just ordinary citizens who advocate in their spare time,” he said.

When a group of scientists critical of the Swedish strategy published opinion pieces in the national press, they too were criticised in public forums and many are now unwilling to comment on the pandemic.

The SR report on Begg’s group has been criticised from many quarters. Lisa Bjurwald, a leading investigative journalist in Sweden, described the radio report as “among the most unpleasant and anti-democratic things I have seen from the public [broadcaster] during the entire pandemic”.

Swedish radio did not respond to requests for comment.

Prof Andrej Kokkonen, political scientist at the University of Gothenburg, suggests the attacks reflect a growing dilemma among Swedish politicians – government and opposition – to justify their support for the original strategy as Sweden pivots towards tighter restrictions.

“I was quite shocked by the broadcast because, what they described as problematic are, for me, just normal attempts to affect public debate,” said Prof Kokkonen. “This is just the normal way a democracy works.”

Begg says he is “exhausted but relieved” to be back in Ireland where, with its clear rules and restrictions, he feels safer.

He has no plans to return to Sweden which, in the middle of a pandemic, he says is more concerned with its public image abroad than public health at home.

“Sweden has put itself on such a pedestal of exceptionalist arrogance,” he said. “There’s a very narrow corridor of opinion and, if you fall outside of that, you’re a troublemaker or radical. I’m expecting them next to suggest I’m aligned with the IRA.”