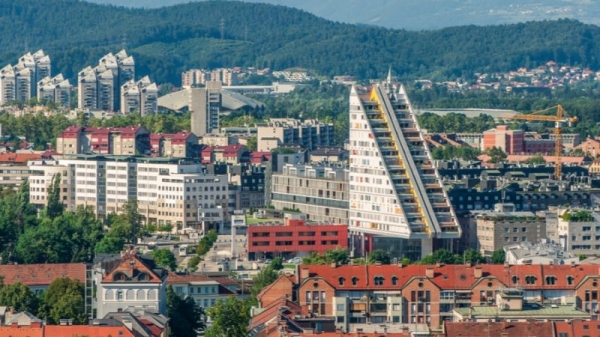 United States president Joe Biden unveiled an ambitious immigration plan on his first day in office, pledging to present a path to citizenship for millions of undocumented immigrants living in the country.

Speaking at the first press briefing of the Biden presidency hours after Mr Biden was inaugurated, press secretary Jen Psaki said the president had sent an immigration bill to Congress.

The US Citizenship Act 2021 “modernises our immigration system . . . provides hard-working people who have enriched our communities and lived here for decades an opportunity to earn citizenship,” she said.

The Act considers an eight-year path to citizenship for the estimated 11 million undocumented people living in the US.

The initiative marks a significant break with Donald Trump’s anti-immigration policy and has been welcomed by groups representing undocumented Irish in the US.

But it will need agreement in Congress – a formidable challenge that has eluded previous presidents. Mr Biden also revoked his predecessor’s 2017 ban on immigrants from certain Muslim-majority nations, as well as Mr Trump’s efforts to dismantle the deferred action for childhood arrivals programme which gave protection to young people who came to the US illegally as children.

The new immigration initiative was one of several actions taken by the new president on Wednesday, including a commitment to rejoin the Paris Agreement on climate change and the World Health Organisation.

His decision to rejoin the Paris Agreement was one of the first actions Mr Biden took as president, signing an executive order in the Oval Office just hours after he was inaugurated. The move reverses one of the signature actions of Mr Trump who withdrew from the international agreement in June 2017, with the US officially leaving the compact late last year.

The US will officially become a party to the accord in 30 days following the signing of the order by the new president.

The landmark international agreement, which was signed by former president Barack Obama in late 2015, introduced binding emission targets on countries in a bid to limit global warming to below two degrees.

Mr Biden also committed on Wednesday to rejoining the World Health Organisation (WHO), the United Nations (UN) health body which elicited the ire of Mr Trump. Infectious disease expert Anthony Fauci will lead the US delegation at the WHO’s annual meetings this week.

“The WHO plays a crucial role in the world’s fight against the deadly Covid-19 pandemic as well as countless other threats to global health and health security,” Mr Biden wrote in a letter to UN secretary general António Guterres. “The United States will continue to be a full participant and a global leader in confronting such threats and advancing global health and health security.”

Democracy is precious. Democracy is fragile. At this hour, my friends, democracy has prevailed.

Also on Wednesday, Mr Biden presided over a virtual swearing-in of new political appointments. Outlining his value on the characteristics of “honesty and decency”, he said that everyone deserved to be treated with respect.

“I’m not joking when I say this: if you ever work with me and I hear you treat another colleague with disrespect, talk down to someone, I will fire you on the spot. No ifs, ands or buts,” he said.

Later the president appeared at a star-studded concert from the Lincoln Memorial, hosted by actor Tom Hanks and starring artists including Bruce Springsteen, John Legend, the Foo Fighters and Katy Perry.

“It’s humbling to stand here in this place in front of these sacred words,” Mr Biden said as he stood against the background of the Gettysburg Address sketched on the wall of the memorial. “Humbling out of respect to president Lincoln and the office we now share and humbling because of you, the American people.”

Actor Lin-Manuel Miranda recited The Cure at Troy by Seamus Heaney, in a montage which included the new president also reading lines from the poem.

Three former presidents – Barack Obama, Bill Clinton and George W Bush – delivered a pre-recorded message for the event, which culminated with a firework display. “We need to listen not just to people we agree with, but people we don’t,” said Mr Obama, acknowledging the “grace and generosity” Mr Bush and his wife showed the Obamas after his election in 2008. “Mr president, I’m pulling for your success. Your success is our country’s success and God bless you,” Mr Bush said to Mr Biden.

Meanwhile, Mr Biden’s nominee for director of national intelligence, Avril Haines, was approved yesterday by the Senate – the first member of Mr Biden’s cabinet to be confirmed. Ms Haines will be the first woman to head up US intelligence services.

Vice-president Kamala Harris was also on Capitol Hill on Wednesday, hours after she was sworn in as the first female vice-president of the US, to administer the oath of office to three new senators, including her replacement in the Senate as she assumes her new role.

Few people in our nation’s history have found a time more challenging or difficult than the time we’re in now.

Ms Harris swore in Alex Padilla, who was appointed by California governor Gavin Newsom to fill her seat. Mr Padilla is the state’s first Latino senator.

Jon Ossoff and Raphael Warnock, the two Democrats who won this month’s Senate run-off races in Georgia, were also sworn in. They are the first Jewish and first African-American senators to represent the state in the Senate respectively.

The new additions mean that Democrats now control the Senate – a boost for Mr Biden as he prepares to implement his agenda.

Ms Psaki told reporters that Mr Biden’s first call to foreign leaders will be with Canadian prime minister Justin Trudeau on Friday. Already, Canada has responded negatively to Mr Biden’s announcement that he is suspending licences for the Keystone oil pipeline, a project that is opposed by environmental campaigners.

Earlier on Wednesday, Mr Biden was sworn in as the 46th president of the US at a ceremony at the Capitol building.

We must end this uncivil war that pits red against blue, rural versus urban, conservative versus liberal.

“Democracy is precious. Democracy is fragile. At this hour, my friends, democracy has prevailed,” he said. “Few people in our nation’s history have been more challenged or found a time more challenging or difficult than the time we’re in now.”

Without mentioning his predecessor, he said: “We must reject the culture in which facts themselves are manipulated and even manufactured.”

But he offered a vision of hope as he spoke of the “uniquely American way – restless, bold, optimistic” and called on his fellow Americans to “set our sights on the nation we can be”.

“We must end this uncivil war that pits red against blue, rural versus urban, conservative versus liberal,” he implored. “We can do this if we open our souls instead of hardening our hearts. If we show a little tolerance and humility and if we’re willing to stand in the other person’s shoes.”

Mr Biden and Ms Harris then travelled to Arlington Cemetery where they laid a wreath at the grave of the Unknown Soldier. They were accompanied by Mr Obama, Mr Clinton, Mr Bush and their wives.

Mr Trump was not present, breaking tradition by refusing to attend his successor’s inauguration. Instead, he left Washington earlier on Wednesday and vowed to return “in some form” as he left the White House for the final time as president.

Speaking to journalists as he boarded the Marine One helicopter, Mr Trump said: “We’ve had an amazing four years. I just want to say goodbye, but hopefully it’s not a long-term goodbye, we’ll see each other again.”

Mr Trump and his wife, Melania, arrived in Florida just as Mr Biden was being sworn in as president.