A leaked document, seen by EURACTIV, shows which economic and social policies the European Commission plans to pursue in 2022, with a focus on fairer taxation and further integration of EU capital markets.

The European Commission plans to propose two separate taxation directives in 2022, in line with the ongoing process for a fairer taxation of corporate profits currently under discussion at the OECD and the G20.

The EU Commission seems to consider that a new directive is needed to ensure a consistent implementation of the upcoming OECD agreement. In the leaked document, the Commission also states that the directive will include an obligation for large multinational companies to publish their effective tax rates. According to the document, the proposal for this directive should be adopted in February 2022.

The second directive aims to implement the OECD’s global agreement on reallocation of taxing rights, more commonly known as the “digital tax” in Europe. This agreement – if it materialises at all – will allow countries to tax large foreign companies on the a part of the profits they earn in those countries’ jurisdiction.

Again, the EU Commission considers that a new EU directive is the best means of ensuring a consistent implementation of the OECD agreement in the EU. The proposal is expected to be adopted in the third quarter of 2022.

However, the timeline of both eventual directives is highly dependent on negotiations at the G20 and OECD level. 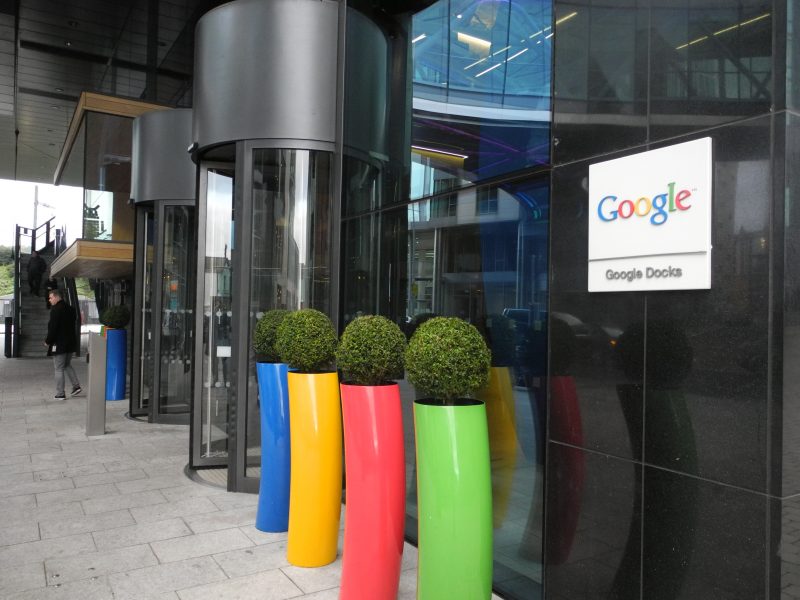 A total of 130 countries have agreed a global tax reform ensuring that multinationals pay their fair share wherever they operate, the OECD said on Thursday (1 July), but some EU states refused to sign up.

In a separate move, the Commission wants to facilitate access to capital for small businesses in Europe by reviewing the SME Listing Act.

“Targeted simplification of existing listing rules will reduce compliance costs for SMEs and remove a significant obstacle that holds them back from tapping public markets,” the document argues.

European companies are highly dependent on loans from pernickety bankers for their financing, a concern which has long preoccupied EU policymakers. In the US, by contrast, businesses tend to get access to capital markets more easily.

In the review of the SME Listing Act, the Commission wants to introduce “a more proportionate regime” for SMEs.

The launch of the public consultation is planned for Novembre 2021 and the Commission expects to adopt a proposal in Septembre 2022.

Another obstacle to a better functioning of the European capital market is the discrepancy between national insolvency laws. “Efficient insolvency laws are among the key criteria for investors to decide on whether to invest cross-border,” states the Commission document.

The convergence of insolvency laws would make it easier to price risks. This, in turn, would improve predictability and make it more attractive for banks and investors to finance European companies, according to the Commission.

That is why the Commission plans to adopt a proposal in June 2022 to harmonise certain aspects of insolvency laws. It is as of yet undecided whether the Commission will do this by means of a legislative or a non-legislative initiative.

In January 2022, the Commission plans to adopt both a communication on the European strategy for universities as well as a proposal for a council recommendation for deeper and sustainable transnational cooperation in higher education.

The strategy should help European universities to be more competitive, something the Commission deems “particularly important in a post-Brexit era.” Additionally, the strategy aims to speed up the institutional transformation of universities.

With its proposal for a council recommendation, the Commission wants to remove barriers to transnational cooperation between universities. For example, the Commission seeks the political mandate to advance work on a framework for a “European degree” that would be recognised everywhere while ensuring high quality, according to the leaked document.

In March 2022, the Commission plans to adopt an initiative on instant payments in the EU that should “ensure the European providers are equipped with tools to compete with international competitors,” according to the Commission’s work programme.

It is not yet clear whether the initiative will be legislative or non-legislative.

“Drawing lessons from the current crisis, the emergency instruments will set up a flexible, transparent and coordinated response mechanism that ensures solidarity in the EU crisis response and the functioning of the Single Market,” the document reads.

According to the Commission, the instrument “will safeguard functioning supply chains and access to services and essential goods. The proposal for this emergency instrument should be adopted by the Commission in early 2022.

On workers’ rights, the Commission plans to amend the existing binding occupational exposure limit value for asbestos, in order to take into account the most recent scientific development and technical progress.

Asbestos is a carcinogenic building material that was widely used in Europe until its ban at the end of the last century.

The new proposal by the Commission is expected to be published in the third quarter of 2022.