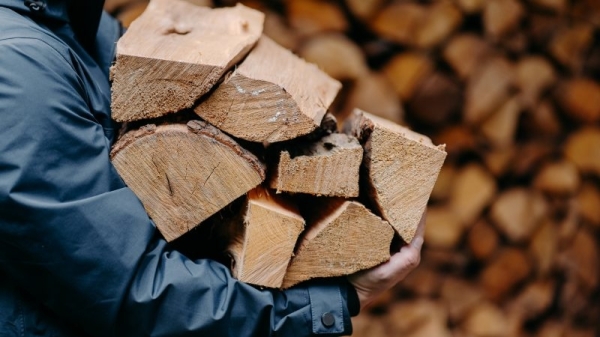 This concludes proceedings before the English High Court in which the Stati Parties were unsuccessful in all stages and which relate to the Stati Parties’ ongoing attempts to enforce an arbitral award obtained against Kazakhstan (the “Award”).

Paradoxically, the Stati Parties then started numerous new court proceedings in six other jurisdictions for which they instructed a number of local counsel and incurred significant legal expenses. In the end, the Stati Parties were allowed to terminate their attempted enforcement proceedings in England on appeal, but only on harsh conditions: they had to agree to have their prior enforcement order set aside, undertake never to seek to enforce the Award in England again, and accept liability to compensate Kazakhstan for its litigation costs.

The Stati Parties turned to other jurisdictions where, coordinated by King & Spalding International LLP (King & Spalding), they initiated enforcement proceedings and obtained attachments. In Belgium the Stati Parties obtained a freeze of the assets of NBK held by Bank of New York Mellon (BNYM) by alleging that Kazakhstan and not NBK had a claim against BNYM in respect of such assets. The Stati Parties’ counsel wrote to BNYM that “…information available to us shows that BNY Mellon has entered into a Global Custody Agreement with the Republic of Kazakhstan…”. The Global Custody Agreement (the GCA) referred to by the Stati Parties is a contract entered into between BNYM and NBK relating to assets held on custody by BNYM London branch, governed by English law and providing for the English courts to resolve any dispute.

The Belgian court therefore referred the question of who has a claim against BNYM in respect of the assets held pursuant to the GCA to the English court, which in turn led to the proceedings that are now concluded by the default cost order. The Stati Parties lost their challenge to the jurisdiction of the English Court in December 2018.

In April 2020, the Stati Parties lost on the merits when Mr Justice Teare inter alia found that “[t]he obligations owed by BNYM London under the GCA are owed solely to NBK (and not Kazakhstan)”. As today’s decision states: “The Stati parties sought to challenge the jurisdiction of the High Court but were unsuccessful in doing so and this led to the order made on 4 December 2018. The Stati parties were also unsuccessful in the High Court proceedings themselves and were required to pay the claimants’ [Kazakhstan and NBK] costs….”

Having lost the English proceedings, the Stati Parties were ordered to pay the costs but failed to do so. They also failed to react when their counsel King & Spalding was notified in December 2020 that, following the Stati Parties’ failure to engage with Kazakhstan and NBK, ROK and NBK were initiating detailed assessment proceedings of their costs, resulting in the default costs order being made on 6 January 2021 after their 21 days for responding had elapsed. They have now also lost on their attempt to set aside the default cost order.

Marat Beketayev, the justice minister of Kazakhstan, welcomed this decision: “We will continue to take all steps necessary to enforce the costs orders issued by the English Court and we will continue to oppose the Statis’ enforcement proceedings in other jurisdictions. Leading experts have analyzed the facts and come to the conclusion that the Award was procured by fraud and the enforcement campaign of the Statis is unlawful and unethical.”

’It does not make good reading’

In his witness statement King & Spalding partner Egishe Dzhazoyan describes that it took him two weeks to instruct cost lawyers and a further two weeks to transfer the full file: “It took my firm two weeks or so to arrange for a transfer of a copy of the entire electronic data set/file in the required .pst format (…) which was shared with [the cost lawyers] on 4 February 2021. The reason behind the slight delay was to do with the need to seek and obtain certain internal approvals from my firm’s Director of Records & Information Governance concerning collating and sharing this type of data in light of my firm’s data privacy protection policies and procedures.”

In his judgment, Costs Judge Rowley reproduced this part of the witness statement and found that “It does not make good reading”. He goes on to say: “Taking a (further) fortnight to produce a data file in what is a common format for emails in Outlook is surprising. Describing it as “a slight delay” is euphemistic and the reason given for the delay of there being an internal governance issue is both surprising and unconvincing. In circumstances where some criticism of [King & Spalding] might be levied – since that is always a possibility where a default judgment has been entered – it might be thought that priority would be given to any necessary internal approvals being obtained.” He further finds: “In my judgment, the Stati parties have failed to act with sufficient promptness…”. Applying the legal test leads Costs Judge Rowley to find that “[t]here is no doubt in my mind that the failure to comply with the time limit for serving points of dispute is a serious breach of the rules…” and that “[t]here is no good explanation for the breach.”

Fiona Gillett, the partner with conduct of the claim for ROK and NBK said: “As was recognized by Mr Justice Teare in his costs order made following his judgment on the merits dated 22 April 2020 and as was recognised by the Court of Appeal in refusing the Stati’s application for permission to appeal against the costs order, my clients were the overall successful parties and the Stati’s the unsuccessful. The default costs certificate for a sum in excess of US$3.7m stands and my clients will continue to pursue all their rights to recover their significant legal costs from the Statis.”

Another loss for the Statis

The attachment of assets of NBK in the form of cash held by BNYM on an account in London is currently under review in two Belgian proceedings. On 17 November 2020, Kazakhstan’s appeal against the Belgian exequatur decision was also upheld by the Brussel Court of Appeal, which effectively means that Kazakhstan’s fraud case will be re-opened in full.

Furthermore, on 12 December 2020, the Dutch Supreme Court nullified the judgment of the Amsterdam Court of Appeal in the summary proceedings relating to the attachment of the assets of Samruk-Kazyna Sovereign Wealth Fund in the Netherlands. The Supreme Court based its decision on the United Nations Convention on Jurisdictional Immunities of States and Their Property, finding that the sovereign immunity of Samruk-Kazyna’s assets has not been disproven.

Earlier last year, the Swedish Svea Court of Appeal also based its decision on the UN Convention while finding that the attachment of NBK’s assets by the Stati Parties is not compliant with public international law obligations relating to affording immunity from execution to central banks’ property.

Professor George Bermann provided an independent opinion, analyzing the whole factual background and determining the legal implications of the parties’ conduct in the Stati dispute. Professor Bermann came to a number of conclusions, including finding that the Stati Parties operated their fraudulent machinery through a “deceptive corporate structure” and “sham companies”, by means of which the Statis were able to “enrich themselves at the expense of others”. The expert also determined that “[t]he Statis’ misconduct thus thoroughly compromised the legitimacy of the Arbitration and resulting Award, both as to liability and damages,” making the Award in question “a product of gross deceit [which] is unworthy of recognition or enforcement under the New York Convention”. In Professor Bermann’s opinion, the Statis’ “fraud did not end with the Kazakh operations, the Arbitration or the post-Award Proceedings. It is continuing today by ongoing misrepresentations in the actions pending in various courts.”

Professor Catherine Rogers also reviewed the operative facts, focusing principally on the ramifications of KPMG in August 2019 taking the extraordinary step of withdrawing all of their audit reports for the financial statements relied upon by the Stati Parties. Professor Rogers found that “the tribunal’s decision‐making would have been affected by a determination by the Stati Parties’ own independent professional auditors that their financials were completely unreliable and had been procured through material misstatements or omissions.” The expert is also of the opinion that “this new evidence would have raised independent concerns that the Stati Parties had engaged in underlying fraud and corruption that should preclude them altogether from bringing claims in investment arbitration.”