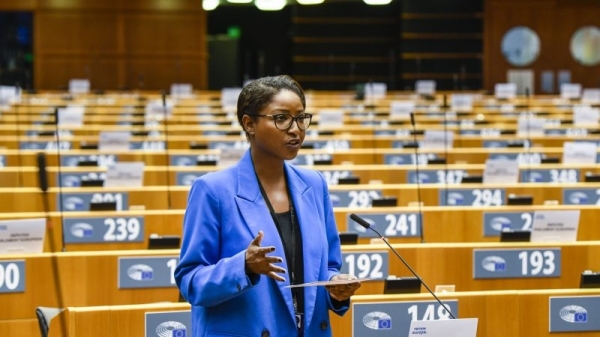 The European Liberal Forum, together with our 47 member organisations, works all over Europe to bring new ideas into the political debate, to provide a platform for discussion, and to empower citizens to make their voices heard. We fight for a liberal future in a united Europe. In the face of bleak warnings of dystopias, we believe that it is high time we embraced technological change, made it work for our societies and help the future fight back.

The future is what people make of it

The speed at which our world is changing is simply astonishing, and the scenarios that were once only part of science-fiction are now integral parts of our everyday lives. Today, we can have real-time conversations with people that live thousands of kilometres away; we can store and share virtually unlimited amounts of information; we can heal more diseases than in any other time in history; we can collect energy from atoms, the sun, the wind and the waves; we can fit powerful computers into our pocket; we can replace amputated arms and legs; we can control machines with our voice; we can land a robot on Mars and explore another planet.

By the standards of any other point in human history, it would not be an exaggeration to say that we already live in a utopia. And yet, even before the pandemic started, people were more pessimistic than ever and felt more and more nostalgic about a past that gave us a fraction of the freedom, a fraction of the knowledge and of the opportunities that we have today. Strangely enough, as the world is getting better and better, the more it seems like the public discourse is drawn into darker and gloomier dystopias. Despite a present reality that offers many reasons to be optimistic, many people are still fearful of what the future holds.

In Europe and worldwide, people are now better educated, live longer, have more open societies, and trade with each other as never before. But at the same time, our whole world is greatly dependent on intricate technologies that shape every little aspect of our economies, our social lives and our way of doing politics. Computer networks and smartphones, microchips and semiconductors, robots and automation, big data and artificial intelligence, digital identities and cryptocurrencies, technology at large are now welded into every sector of human interaction.

The Coronavirus crisis has only accelerated our drift towards an even more technology-dependent future. Digitalisation is once again the buzzword: the virus has increased the digital economy’s scope and significance and compelled us to develop new or adapt to the existing range of digital tools for working, socialising, and creating. This has been a testimonial to the resilience and adaptability of humankind. If this is not a good enough reason to be an optimist, think about the most remarkable feat of all, the fact that we developed a vaccine to counter the virus in less than a year since the beginning of the pandemic. One could be struck by the speed and the extent to which humanity is making progress: it is quite possible that we will see more changes in the next decade than in the whole twentieth century.

Does this mean that there is no need for concern at all? Not really. There are many risks involved in adopting and adapting to new technologies and it again makes the world more complex. People will find good reasons to question science and feel alienated from technologies and societies. But alienation can be overcome if we communicate and build trust. We can help each other stay within the framework of the reasonable and ground our optimism on evidence, sound methods and good sense. The goal is to harness technology for our societies’ benefit to make it work for humanity and not vice versa.

The choices we make today will shape our societies tomorrow. In this effort, the European Liberal Forum provides a space for inspiration and dialogue to make the future our biggest ally. Instead of fearing the future, the liberals are ready to embrace it. Instead of worrying about what is coming, we can shape the agenda for a freer and fairer world. This is the moment to reflect upon tomorrow’s leadership, define European policies, and reinforce our democratic values.

The European Liberal Forum is on a two-month journey to the future. During our #OwnTheFuture campaign, we have gathered some of the best minds of our times. Steven Pinker, Karen Horn and Yascha Mounk showed that progress and innovation mean the future is actually at our fingertips. We have debated with visionary futurists like Gerd Leonhard about the future of media and technology in our lives. More than that, in series of expert forums, we have discussed the most pressing issues that Europe faces today, and we have drawn together their conclusions into a flagship publication – the Liberal White Book 2030 – that will give decision-makers guidance to create policies for decades to come and shape the future we want for Europe.

Technology is a source of risk and a great opportunity for Europe itself. Europe must continue being a beacon of data protection, find smart ways to regulate sectors disrupted by the wave of technological progress and invest in its own digital sovereignty. New industry policies in areas like microchips and semiconductor production, rare earth mining, cloud computing and telecoms technology need to be developed. Investments in 5G rollout projects and research into 6G, AI and big data technology to ensure future network security are vital. If we wait for what the future might bring, others will make the decisions for us, ignoring our strong consideration for values and human rights. The EU has already embarked on the slow coach for tech and innovation, behind the USA and China in all vital indicators. Changing this requires trust in people, companies, and innovation; it requires changing the climate for innovation in the EU. It is the choices we make in these areas that will bring about the future we want.

United, we can make technology work for Europe; we can #OwnTheFuture.