Has Europe finally lost patience with its imported oligarchs? 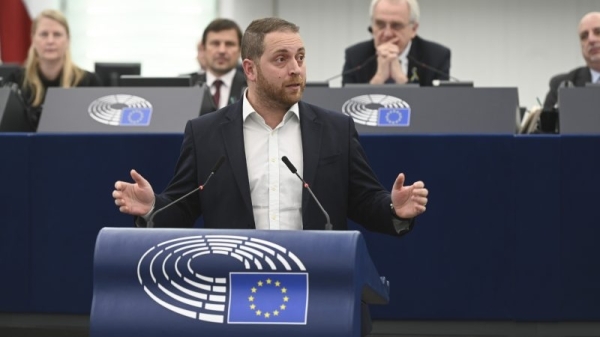 Not only are calls multiplying for Borrell’s resignation, but the diplomatic dustup seems to have whetted European politicians’ appetite for new sanctions on Putin’s inner circle. Navalny himself laid out the blueprint for fresh sanctions before he was jailed, composing a target list of oligarchs. A number of the names under consideration, such as Chelsea FC owner Roman Abramovich, have long skirted Western scrutiny despite serious allegations against them and tight ties to Putin. Indeed, European policymakers have shown a remarkable tolerance for the business dons who’ve flocked to their shores—even as they have utterly failed to integrate into European societies, scorning Western court rulings and remaining in lockstep with the cronyist networks that prop up Putin’s regime. In the wake of the Navalny saga and Borrell’s catastrophic journey to Moscow, have Western lawmakers finally run out of patience?

Russia’s relations with both the EU and the UK have come under increasing strain since Alexei Navalny was poisoned last August with the Soviet nerve agent Novichok, and have plunged to new lows in the wake of his arrest in January. Even before Borrell’s ill-fated trip, there was growing momentum for imposing fresh restrictions on Russia. The European Parliament voted 581-50 in late January to “significantly strengthen the EU’s restrictive measures vis-à-vis Russia”, while opposition MPs have challenged the UK government to draw up fresh sanctions. The pressure to take a tough line has reached a fever pitch after Borrell’s humiliation in Moscow, with even the Russian ambassador in London admitting that the Kremlin is expecting new sanctions from the EU and the UK.

Britain and the European Union already rolled out some sanctions last October, targeting six Russian officials and a state-run scientific research centre believed to have been involved in deploying the banned chemical weapon against Navalny. Now, however, Navalny and his allies are not only calling for a second wave of consequences but are advocating for a strategic shift regarding which pressure points the sanctions are aimed at.

Navalny believes that the oligarchs and ‘stoligarchs’ (state sponsored oligarchs like Arkady Rotenberg, who recently claimed that the opulent “Putin Palace” Navalny profiled in an exposé was actually his) whose funds freely move throughout Europe should be the target of fresh sanctions, rather than the mid-ranking intelligence officials who have historically shouldered the consequences. “The main question we should ask ourselves is why these people are poisoning, killing and fabricating elections,” Navalny told an EU hearing in November, “And the answer is very very simple: money. So the European Union should target the money and Russian oligarchs.”

A swipe at Putin’s regime, but also long-awaited retribution

The opposition leader’s allies, who have picked up the fight for fresh sanctions after Navalny was handed a two year and eight month jail sentence, have argued that personal sanctions against high-profile oligarchs with assets in the West could lead to “intra-elite conflicts” which would destabilise the network of wealthy allies that enables and legitimates Putin’s criminal behaviour.

Taking a tougher line on oligarchs with a chequered past, however, would have benefits above and beyond putting direct pressure on Putin’s administration. Just as Borrell stood by silently as Sergei Lavrov lambasted the European bloc he was supposed to represent, the West has sent a troubling message by rolling out the red carpet for oligarchs who have repeatedly tried to sidestep the European rule of law.

Just take the case of tycoon Farkhad Akhmedov. A close friend of Abramovich’s, Akhmedov was ordered by the British High Court to hand over 41.5% of his fortune—adding up to £453 million—to his ex-wife Tatiana, who has lived in the UK since 1994. The gas billionaire has not only refused to cough up the divorce payment, but has embarked on a no-holds-barred attack against the British legal system and has concocted what British judges described as elaborate schemes in order to evade the UK court decision.

Akhmedov promptly declared that the London High Court decision was “worth as much as toilet paper” and suggested that the divorce judgment was part of a British conspiracy against Putin and Russia writ large—but he didn’t limit himself to inflammatory rhetoric questioning the integrity of the British judicial system. The controversial billionaire apparently enlisted his son, 27-year-old London trader Temur, to help him move and hide assets out of reach. Ahead of a court date to answer questions about the “gifts” his father showered him with, including a £29 million Hyde Park flat and £35 million to play the stock market, Temur fled the UK for Russia. His father, meanwhile, turned to a Dubai sharia law court—which did not recognise the Western legal principle of shared assets between spouses—in order to keep his £330 million superyacht safe from the UK High Court’s worldwide freezing order on his assets.

The extraordinary lengths to which Akhmedov apparently went to thwart the British justice system are sadly par for the course for the oligarchs who installed themselves in European capitals without adopting European values or leaving behind the complex cronyism on which they, and Putin’s regime, depend.

European policymakers have been slow to address this new breed of robber barons. Properly targeted, the next round of sanctions could kill two birds with one stone, ratcheting up pressure on Putin’s inner circle while also sending a message to tycoons who have long enjoyed their assets in the West with impunity.