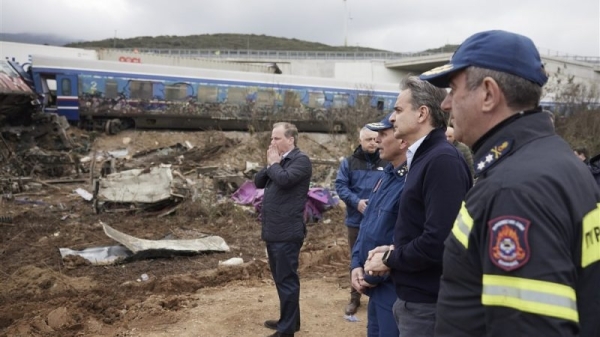 Greetings and a warm welcome to the EURACTIV transport newsletter!

Sean Goulding Carroll here; I’ll be picking up where previous Transport Brief scribe Sam Morgan left off, providing you with a weekly overview of the latest mobility news.

Want to suggest a story? Or just say a digital hello? Drop me a line at: This email address is being protected from spambots. You need JavaScript enabled to view it..

Receive the Transport Brief in your inbox by subscribing here.

So far 2021 has brought little more than a weary sense of déjà vu, as the rough beast of the pandemic slouches onward. For those who have yet to come within pricking distance of a vaccine it’s largely a case of meet the new year, same as the old year.

Travelling long distances remains far from commonplace for most Europeans, particularly by plane, train, bus, or any mode that involves sitting with strangers in a confined space. The virus has hamstrung our movements for almost a year now – and the bleeding balance sheets of transport businesses are reflecting it.

Airlines, meanwhile, are seeking bailouts to the tune of €32.9 billion to cover the downturn wrought by the crisis. Those looking for support include major carriers Air France, Lufthansa, and KLM.

Environmentalists are indignant, pointing out that when airlines were asked to include flights outside of Europe within the Emissions Trading Scheme, which sets a price for carbon, they claimed the international nature of the business made it impossible. Now that they’re in trouble, however, environmentalists say the airlines are more than happy to wrap themselves in the flag and take tax money from their national government.

Michael O’Leary, Ryanair’s “colourful” CEO (substitute your own adjective if you must), is unhappy with the bailouts, displaying the type of anger usually reserved for obese passengers or cyclists. The company he heads sued the European Commission for allowing EU countries to issue bailouts, arguing that it distorts competition. The European Court of Justice, however, ruled that state aid schemes for Air France and Scandinavian airlines are fully compatible with EU law – Ryanair have said they will appeal.

Ryanair also isn’t pleased with the latest “use it or lose it” slot waiver, even breaking with the official (more positive) position of A4E, the airline lobby group they’re a member of. Again, the company’s beef is with measures they feel protect legacy airlines and discriminate against low-fare competition.

Before the COVID-19 pandemic, airlines had to ensure at least 80% of their flights departed as promised to maintain access to take-off and landing slots at airports.

This was waived by the EU during the crisis to prevent virtually empty planes from flying – trips that gained the spectral moniker “ghost flights”.

The European institutions recently renewed the waiver, but with strings attached. They introduced a lower threshold of 50% for the 2021 summer season, a percentage which can be adjusted as the situation develops.

The industry plan comes ahead of the publication of the European Commission’s ReFuelEU proposal, which will set out a regulatory path to ensure the aviation sector cuts emissions. The proposal is expected to be published in the first quarter of 2021 (watch this space).

Figures also revealed that electric vehicles are slowly becoming the norm – they jumped from making up around 3% of car purchases to 10.5% in 2020.

However, the industry has expressed concern about a lack of charging infrastructure. Oliver Zipse, chairman of the board of management of BMW AG and president of the European Automobile Manufacturers’ Association (ACEA), is calling for an increase in charging points across the continent.

“Any customer who is unable to charge their car is not going to buy an electric vehicle. In such a situation, Europe could easily squander its current advantage in electromobility,” he writes.

The border between Northern Ireland and the Republic isn’t the only frontier causing headaches in Europe.

Germany partially closed its borders with the Czech Republic and Austria’s Tyrol region earlier this month, worried about the surge in coronavirus mutations.

The European Commission is strongly against the shuttering of borders, as are the International Road Transport Union (IRU), who represent truck drivers.

The restrictions are causing “chaos” in the transport of goods by road across Europe, say the IRU, who demanded that EU governments “respect their commitment to keep borders open”.

Germany responded that the government is acting in line with its responsibility to keep their citizens safe (cynical-minded observers posit that politicians are taking a particularly hard stance with the September election in mind).

A roundup of the most captivating transport news.

It is vital to ensure that electrified vehicles have access to a sufficiently developed network of charging and re-fuelling infrastructure. This requires a pan-European effort with binding and measurable targets, writes Oliver Zipse.

The European airline industry has launched a sustainability plan to achieve carbon neutrality in the aviation sector by 2050, a roadmap they say will align the notoriously carbon-intensive sector, currently suffering a huge pandemic-caused downturn, with EU climate goals.

Germany partially closed its borders with the Czech Republic and Austria’s Tyrol over a troubling surge in coronavirus mutations, earning a swift rebuke from the European Union and criticism from the International Road Transport Union.

The European Parliament approved a revamp of the EU’s “use it or lose it” waiver for airport slot rules, a measure first introduced in March 2020 to stop pandemic-hit airlines from flying almost empty planes to maintain access to ports.

The European Union will gift 60,000 young people a chance to explore Europe by train in 2022, as the ‘DiscoverEU’ programme relaunches following its pandemic-driven hiatus.