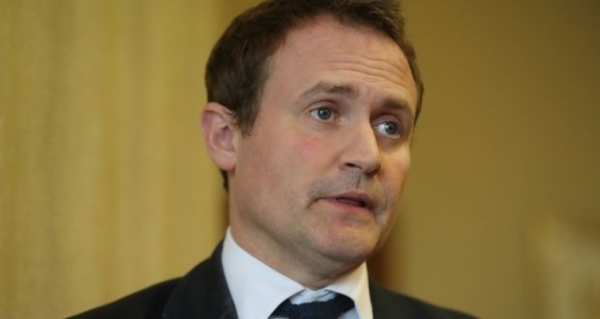 A report into lockdown-breaking parties in Downing Street could be published as early as Monday, although it remains uncertain how much of its material will be redacted. The Metropolitan Police last week requested that cabinet office official Sue Gray should avoid giving details of the most serious allegations which are now the subject of a police investigation.

But Labour’s shadow levelling-up secretary, Lisa Nandy, said the report must be published in full to put an end to the “circus” in Downing Street.

“The reason that we’ve got to have the Sue Gray report is because the prime minister won’t come clean on what has been going on in Downing Street and his involvement in it. We could sort all of this out without him having to hide behind a civil servant or the Met Police, he could just come clean. But since he won’t come clean, we believe that the most important thing is to get that report out in full,” she told the BBC.

“There are a lot of bereaved families. There are a lot people who made huge sacrifices who deserve to hear the truth from the prime minister. And if he won’t put an end to this circus and this stasis in government, when people are dealing with huge issues around the country, cost-of-living crisis, levelling-up plans stalled, if he won’t do it, then that report has to come out in full, so that people can judge for themselves.”

Boris Johnson’s allies believe his position has stabilised over the past week as Conservative MPs have been waiting for Ms Gray’s report before deciding whether to move against him. Tom Tugendhat, the chairman of the Commons foreign affairs committee, has become the first MP to say publicly that he would seek the leadership if Mr Johnson goes.

“It’s up to all of us to put ourselves forward. And it’s up to the electorate, in the first case parliamentary colleagues, and in the second case the party, to choose,” he told Times Radio.

Mr Johnson’s former chief adviser, Dominic Cummings, said on Sunday that removing the prime minister from office was “an unpleasant but necessary job . . . like sort of fixing the drains”. In an interview with New York magazine, Mr Cummings rejected the suggestion that it was unfair to attempt to push Mr Johnson out of Downing Street two years after he won a general election.

“The fact that someone wins an election doesn’t mean that they should just stay there for years, right? If you’ve got a duffer, if you think someone can’t do the job, or is unfit for the job. My basic approach to it was there was a world in which he accepted his limitations and accepted that No 10 could work in a certain way with him there as prime minister. But if he’s not going to do that and if he’s just going treat the place like his own,” he said.

“You know, as he said to me, ‘I’m the f***ing king around here and I’m going to do what I want.’ That’s not okay. He’s not the king. He can’t do what he wants. Once you realise someone is operating like that then your duty is to get rid of them, not to just prop them up.”