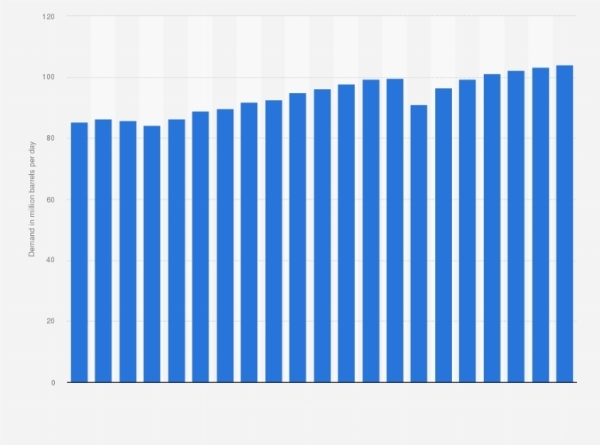 Demand for oil remains strong on the marginal consumption impact of the omicron strain, as well as in anticipation of new stimulus measures from China.

There is still uncertainty around the world in connection with the spread of the omicron variant of coronavirus. While infection rates with the new strain of COVID-19 have been observed to remain high, hospital admissions are now low enough that global fuel consumption is not being reflected.

Cases of the omicron of COVID have peaked and are declining rapidly in many countries and states in the US, with no marked increase in mortality. The risk of introducing serious lockdowns due to the omicron has decreased. The strain itself seems to be less dangerous than the delta, and this charges market participants with cautious optimism

Market players reacted positively to the results of negotiations between the countries participating in the OPEC+ agreement. At a meeting representatives of the countries decided to leave the previously agreed plans unchanged and continue to increase oil production from February 2022.

In the summer of 2021, in connection with the recovery of the global economy from the consequences of the pandemic, fuel consumption in the world began to noticeably increase. Under these conditions, since August, oil-exporting countries began to gradually increase hydrocarbon production by 400,000 barrels per day per month.

At the same time, Citi experts pointed to many factors that will help long-haul carriers outperform short-haul competitors. Accordingly, the former will benefit more from freight traffic and the recovery of corporate travel. This affects the increase in the consumption of aviation kerosene and other types of petroleum fuels.

Against the backdrop of a rapid rise in prices, analysts at the American bank Goldman Sachs raised their predictions for Brent, expecting oil for $100 per barrel in the third quarter of 2022. In their opinion, the growth of the oil market is supported by fundamental factors like that the supply shortage remains quite serious since the effects of the Omicron were weaker on oil demand than the effects of the Delta strain.

Demand for oil in 2021 increased by 5.5 million barrels per day, and in 2022 it will increase by 3.3 million b/d, Bloomberg writes, citing an IEA report. The agency sees a tighter market than previously thought as demand has been hit surprisingly little by the omicron COVID while supply has been held back by disruptions.

Global market surpluses are shrinking this year, and oil demand, up slightly from last month, is approaching a pre-pandemic level of 99.7 million b/day. At the same time, supplies have been limited as the OPEC+ coalition struggles to restore stalled production, and producers elsewhere suffer from a series of disruptions, reducing spare capacity.

While the number of cases of omicron contamination is increasing worldwide, demand for oil exceeded all expectations in the fourth quarter. 2021, an increase of 1.1 million b/d to 99 million b/d. Like every season, demand downhill is predicted in 1Q 2022, deepened by the increase of remote job amount and decrease air travel.

However, the pace of growth in world oil prices is second only to that of 2009. Even though some analysts see reasons for the decline in dynamics, most experts predict a further increase in commodity prices.

The Inteational Energy Agency (IEA) slightly lowered its non-OPEC+ oil production forecast in December. The agency reduced its projections for global oil demand for 2021-2022 and now anticipates demand to grow by 5.4 million and 3.3 million barrels per day, respectively. Compared to the previous report, the prediction has been decreased by 100 thousand barrels per day for each year.

The IEA expects that a new surge in COVID cases will slow the recovery in global oil demand, with the biggest impact on air travel and, consequently, consumption of jet fuel.

The OPEC+ agreement includes 24 oil-producing countries. As part of the deal, the countries jointly control the production of commodities to achieve a balance between supply and demand in the global hydrocarbon market. Such a policy should keep oil prices from sharp collapses.

The decision to further increase production in February suggests that OPEC + positively assesses the dynamics of the recovery in global oil demand. Therefore, the market reacts with a short-term increase in prices. In the future, an increase in supply may lead to a decrease in quotations.

However, the Organization of the Petroleum Exporting Countries and its allies have not had time to restore production after cuts during the pandemic. Last month, OPEC increased production by just 90,000 barrels a day. While OPEC did not change its forecast for the growth in oil demand in the world, is expected an increase to 4.2 million barrels per day in 2022.

Experts believe that oil reserves in the OECD (Organization for Economic Cooperation and Development) countries will drop to the lowest level since 2000 by the summer, along with a decrease in OPEC+ reserve capacity. According to analysts, in 2021 the demand for oil will be 96.4 million b/d, and in 2022 - 99.7 million b/d.

At the same time, the forecast for growth in global oil demand in 2021 has not changed compared to last month's estimate of 5.7 million barrels per day.

Russia, according to the publication, can provide only about half of its planned increase in oil production over the next six months. Due to a decline in production last year, most analysts polled by Bloomberg expect Russia's monthly increase in production in the first half of 2022 to not exceed 60,000 barrels per day.

Oil is rising in price against the background of the planned movement of the OPEC + member countries on the road map, although in the end, such a scenario assumes the achievement of a sustainable surplus in the physical market. The reason for this is a combination of gradually improving economic expectations in Germany and the United States, as well as the remaining high inflation, which has historically contributed to the bullish sentiment in oil.

Inflation data in the United States for December tued out to be very bad, even worse than expected. In no small part, oil prices have been influenced by inflationary expectations in the past, so rapidly rising inflation in the US dollar explains at least part of the rise in quotations.

In addition, geopolitical tensions like situations around the Russia-NATO confrontation and new strikes by Yemeni groups on warehouses in Abu Dhabi make their significant contribution.

Demand for oil in the world will grow due to the continued improvement in the business environment, in particular in the United States and many other developed economies. This article does not constitute investment advice.