The Brief, powered by APPLIA – The price of unfinished business 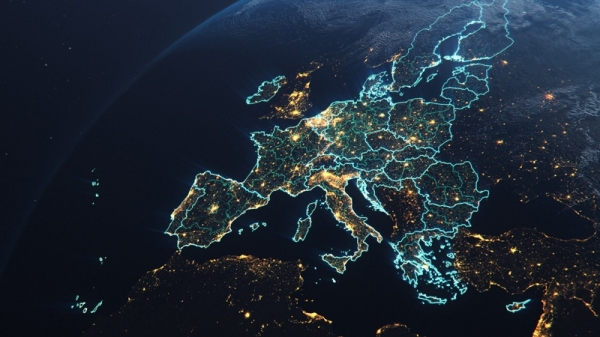 It would be something of an understatement to say that there have been a few teething problems in the first two months of the brave new EU-UK trading world. The stories of rotting fish, visa-less musicians and lorries turned away with their goods still on board can attest to that.

But just as important to cross-Channel relations is whether the two sides can resolve the plenty of unfinished business, not to mention blank pages, left by the Christmas Eve trade pact.

Financial services and digital were the two most lucrative UK industries to be left out. Last Friday, however, the European Commission published its draft ‘adequacy decision’ that will ensure that the free flow of data can continue between the EU and UK.

On financial services, meanwhile, officials have promised to agree by the end of March on a joint Memorandum of Understanding, which is likely to cover mutual recognition of professional qualifications and ‘equivalence’ agreements – whereby the two sides recognise each other’s regulation – in some services, though the Commission is said to have been dragging its feet.

Following the 2016 referendum in the UK, there were some lurid predictions of banks, hedge funds and the like taking a one-way ticket out of the City.

There has been a slow drip of finance leaving London for the likes of Frankfurt, Dublin and Amsterdam. Last month, Amsterdam overtook London as Europe’s biggest share trading centre and it may well stay at the top of the three since the European Commission has shown no sign of reversing its position that euro-denominated shares must be traded in the bloc.

But the mass exodus has simply not happened. Quite the contrary in some cases.

According to the financial consultancy Bovill, 1,500 money managers, payment firms and insurers have applied for permission to continue operating in the UK after Brexit, and two-thirds of them do not currently have bases in the UK.

Around 400 are insurance firms. That rather suggests that UK PLC is in good health, at least when it comes to high finance, and that the industry is desperate for UK and EU politicians to reach an agreement quickly, without the disruption and new costs that other sectors are suffering.

However, financial services are among the sectors where the UK, as Bank of England governor Andrew Bailey has indicated, is likely to use its new status to rewrite regulation. And this is a ‘red line’ for the EU.

Earlier this month, the EU’s financial services Commissioner, Mairead McGuinness, warned that “there cannot be equivalence and wide divergence” in financial regulation. She also confirmed that the EU would demand to know the UK’s future regulatory plans before any agreement can be reached, something which Bailey has rejected.

That is similar to the stance taken by the EU’s Brexit negotiator, Michel Barnier, during last year’s trade talks.

But all the signs are that the UK has few, if any, plans to undercut the EU regulatory framework. In most cases, with the possible exception of insurance and hedge funds, new UK laws are unlikely to mean looser regulation. If anything, the UK has tended to want more stringent rules on bank capital requirements than the rest of Europe, for example.

Protecting the integrity of the single market has always been at the heart of the Commission’s largely successful negotiating position since the referendum. In this case, there is little suggestion that the City of London poses any threat to it.

Finland’s Foreign Minister Pekka Haavisto warned Tuesday that the crisis in Ethiopia’s conflict-hit Tigray region appears “out of control”, after visiting the country on behalf of the EU.

France’s Ecological Transition Minister Barbara Pompili and the Secretary of State for Digital, Cédric O, unveiled on Tuesday the government’s national strategy to bring environmental and digital issues together. EURACTIV France was able to see the document before publication.

The European Commission said it has formally warned six EU countries that their virus-related border curbs could undermine free movement within the bloc.

A new Parisian mobile phone charter will be submitted to the Paris city council at the start of March, which should approve the deployment of 5G across the French capital.

European countries performed differently in a study that measures the state of global food security, showing an internal discrepancy within the bloc that put Europe behind North America in the ranking of regions.

Views are the author’s