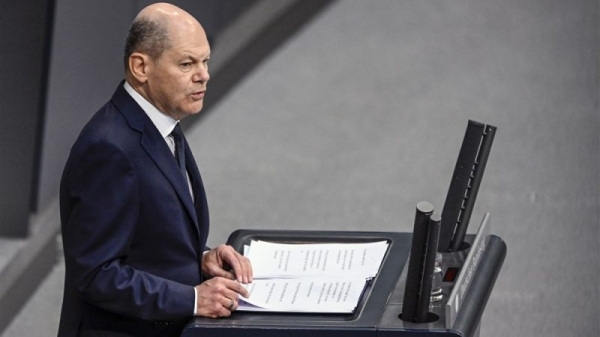 Barcelona and several other Spanish cities woke up on Sunday morning to looted stores and damaged property after a fifth consecutive night of protests calling for the release of rapper Pablo Hasel. EURACTIV’s partner EFE reports.

The artist, whose real name is Pablo Rivadulla, has been in prison since Tuesday (16 February) after he was found guilty of glorifying the now-defunct Basque terrorist group ETA and slandering the royal family, the police and the court system in a series of tweets and some of his lyrics.

While Saturday’s night’s riots took place in different parts of Catalonia, which is where the rapper is from, there were also clashes in the cities of Valencia and Valladolid.

At least 34 arrests were made in Catalonia, mainly in Barcelona where 31 people were arrested, the police said, EURACTIV’s partner EFE reports.

In a message on social media, Barcelona’s leftist Mayor, Ada Colau, condemned the violence and destruction of property.

“Defending freedom of expression does not justify in any case destroying all kinds of property, scaring neighbours, damaging businesses affected by the crisis or attacking the media,” said Colau, expressing her “support to the security forces and emergency services working to prevent greater evils.”

The jailing of Hasel reopened the debate on the limits of freedom of expression in Spain and, in particular, the so-called gag law used to underpin the charges against the artist.

The Socialist-led coalition government of Prime Minister Pedro Sanchez has said it would review the penalties for artists whose work is found to insult or incite violence against state institutions.

Some 200 Spanish artists, including actor Javier Bardem and film director Pedro Almodóvar, have signed an open letter opposing Hasel’s sentence, the imposition of which has also faced criticism from organisations such as Amnesty International.