The key to European electrification 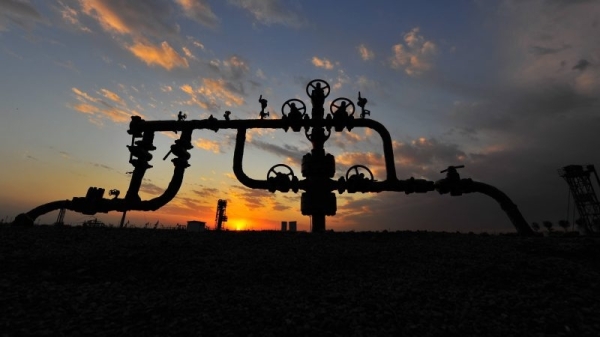 What else could be done to support the European Green Deal?

Electrification is a magic word on the path to a climate-neutral EU and decarbonisation: we will drive electric cars, powered by offshore wind energy, transmitted via the distribution grids to our charging station. At every step of this process electrical steel is used in motors, generators, transformers and high-frequency applications such as charging stations.

The European Union is investing in this future: Commission President Ursula Von der Leyen announced in her State of the Union Speech in 2020 that one million electric charging points throughout the EU will be financed through Next Generation EU, and reaffirmed in the sustainable and smart mobility strategy.

Likewise, the Commission’s proposal for Trans-European Networks for Energy estimates that “an annual average investment of €50.5 billion for electricity transmission and distribution grids is required for achieving the 2030 targets alone.” What else could be done to support European electricity transmission and transformers production? Is there a way to align EU trade policy with the Green Deal’s objectives? Is it perhaps time to study how other countries are approaching this?

Example: electrical steel is a key enabler of the EU clean energy transition

You may remember your science teacher building an electromagnet with a coil and an iron core. In very simple terms, you can use this magnet to convert movement to electricity (generator), electricity to movement (motor) or change the alternating voltages (transformer) to transport or use electricity.

More efficient magnets use cores made of layers of electrical steel, designed with specific magnetic properties. Electrical steel contains up to 6.5% silicon, listed by the EU as a critical raw material, to lower the core loss of energy. These steel layers are then rolled until they are less than a millimetre thin. During this rolling process, it is possible to shape the surface structure by orienting the grains in the same direction.

The EU market for transformers is approximately €3.7 billion, and the industry directly employs 30,000 people in Europe. There is no doubt that electrical equipment production is an industry of the future, and governments are actively promoting an attractive environment for manufacturers.

A good example of this is the Indian Electrical Equipment Industry Mission Plan 2012-2022, which inter alia eliminates import duties on electrical steel. The EU must keep pace! Why are some transformer manufacturers moving their capacities outside of the EU? One of the reasons might be high production costs due to exceeding tariffs.

For example, in 2015 the European Union introduced anti-dumping measures against Japan, China, South Korea, Russia and the USA on grain-oriented flat-rolled products of electrical steel (GOES). The duty applies where goods are sold below a minimum import price. In October 2020 the Commission announced an expiry review with a view to continuing the measures for 2021-2026. Moreover, non-grain oriented steel (NGOES), which is the crucial material for EV batteries and wind turbines

production, is the subject of import quotas. It is crucial not to follow the US way, where the introduction of trade measures on electrical steel caused the relocation of massive electrical equipment capacities to other regions. This is likely to worsen by the move of the Trump Administration to limit the access of electrical spare parts to the US.

In a joint position paper, T&D Europe, the European association of the electricity transmission and distribution equipment and services industry, and WindEurope, the voice of the wind energy industry, complained about the massive cost increase for both the transformer and wind turbine industries caused by the measures.

The paper notes that the measures are “substantially increasing the cost of the clean energy transition”. Simultaneously, while the anti-dumping measures were intended to shore up the EU’s GOES production capacity, the opposite was the case: one plant shut down earlier this year, and several EU manufacturers – the same that advocated for these measures – have outsourced their GOES production to India and Turkey.

How did India become the most attractive market for both electrical equipment producers and electrical steel manufacturers, even with zero import duties? Because they focused on improving producers’ access to raw materials, creating special schemes to assist clay miners, establishing electrical industry clusters of SMEs, encouraging R&D for Electrical Equipment Industry and improving labour efficiency. And it seems that this worked!

The most important question to ask now is how to align EU trade policy with European Green Deal objectives. The EU needs a strong economy and resources to achieve its climate objectives. This includes importing (electrical) steel, which is a carbon-intensive product.

There are good and practical ways to align both – as we suggested for the carbon border adjustment mechanism, promoting green investment globally. As the EU increases its climate ambitions with the ‘Fit for 55’ package, it is high time for a realistic discussion. This is a crossroad defining the future trade and industry policy of the EU.

The Commission should not answer this question in isolation, but in discussion with all stakeholders. In the specific case of tariffs on electrical steel, interested parties can submit their position to the review investigation.