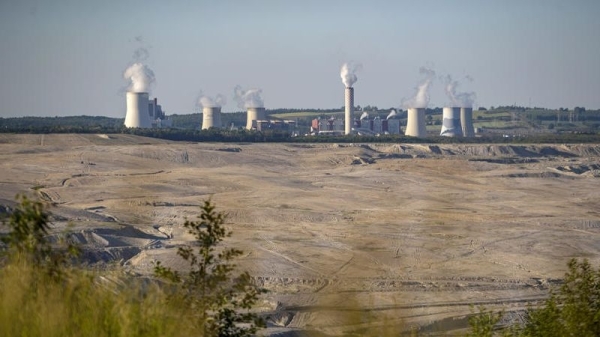 The European Commission is inviting “creative minds” across Europe to contribute ideas to the “New European Bauhaus”, an initiative aimed at designing new ways of living to meet the objectives of the European Green Deal.

The New European Bauhaus is intended to make the Green Deal a more “tangible” experience for citizens, the European Commission said, hoping to tap the creativity of Europeans to solve a host of environmental and societal issues related to housing.

“It is about how we want to live together after the pandemic while respecting the planet and protecting our environment,” said Commission President Ursula von der Leyen.

Von der Leyen announced the initiative in September as part of a wider plan to cut emissions by at least 55% before the end of the decade. “We need to give our systemic change its own distinct aesthetics to match style with sustainability,” the Commission President said at the time, describing the Green Deal as “a new cultural project for Europe”.

She gave further detail about the plan on Monday (18 January), saying the initiative should go “beyond buildings” and contribute to a sustainable future through “creativity, innovation and imagination” by liking the worlds of science, art, culture and technology.

On Monday, the EU executive launched the first of three phases of the initiative: the design phase. Here, citizens and organisations are invited to submit ideas to a special website designed to facilitate the sharing of suggestions.

“Let’s discuss how to help different generations live together better, how to encourage the use of organic building materials, how to put design at the service of climate solutions, or how to transform a train station or an opera house into a sustainable building,” said von der Leyen, illustrating the types of ideas sought by the EU executive.

The subsequent phases – “delivery” and “dissemination” – will begin in late 2021 and early 2023 respectively.

During the delivery phase, at least five New European Bauhaus pilots will be rolled out across EU member states. The dissemination phase will focus on promoting good ideas and concepts gained through the initiative to a broader audience, both in Europe and further afield.

The Commission will launch a prize this spring to recognise projects that represent the values of the initiative. It is hoped that the prizes, which will be presented during the summer, will spark discussion and further ideas.

Irish Green MEP Ciarán Cuffe welcomed the project, calling it an opportunity to place inclusion and sustainability at the heart of the Green Deal.

“This project has the potential to bring people together and find sustainable solutions to how we live that can be funded under the European Green Deal. We are counting on as many artists, architects, builders, scientists, engineers, and creators to get involved and shape the movement from the bottom up,” said Cuffe.

The initiative is part of the Commission’s drive to gain popular support for the European Green Deal, a roadmap for European carbon neutrality by 2050. Cutting emissions from buildings and reducing energy bills is a major pillar of the deal.

It is named after the Bauhaus artistic movement, established in Germany in 1913, which sought to merge fine art and everyday life.

Ciarán Cuffe, a former Irish minister now turned MEP, has urged the European Commission to take a locally integrated approach to building efficiency, saying it will be “critical” to the success of the upcoming renovation wave announced as part of the European Green Deal.