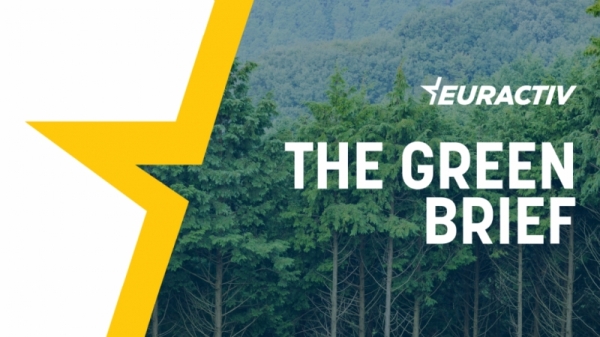 Italy’s largest mafia trial in three decades begins on Wednesday, with 900 witnesses testifying against more than 350 people, including politicians and officials charged with being members of the powerful ’Ndrangheta.

A high-security 1,000-capacity courtroom with cages to hold the defendants has been built by Italian authorities in the Calabrian city of Lamezia Terme.

Because of coronavirus-related restrictions, however, many of the defendants will attend via videolink from prison during the first hearings. Those in court will wear masks and will be spread across cages, sitting at least 2 metres away from each other.

Almost all of the defendants were arrested in December 2019 after a lengthy investigation that began in 2016 and covered at least 11 Italian regions. About 2,500 officers participated in raids focused on suspects in Vibo Valentia, Calabria, the heart of an area controlled mainly by the ’Ndrangheta’s Mancuso clan.

A former senator, a police chief, local councillors and businessmen accused of aiding the mafia, were also arrested in Germany, Switzerland and Bulgaria.

Nicola Gratteri, an anti-mafia prosecutor who led the investigation, told the Guardian at the time of the raids that it was the biggest operation against the crime syndicates since the 1986-92 Palermo maxi trials, when Sicilian prosecutors put 475 people in the dock.

For the forthcoming trial, Gratteri’s team has collected 24,000 wiretaps and intercepted conversations to back up their charges.

Antonio Nicaso, ’Ndrangheta expert and member of the advisory board of the Nathanson Centre on Crime and Security at York University in Toronto, stressed the importance of the upcoming trial. “Expectations are high, and it’s obvious that the Italian authorities hope it will be a milestone in the struggle against the ’Ndrangheta,” he said.

“What is certain is that this trial will be one for the history books on organised crime . . . With these proceedings, Italy will finally have the opportunity to reveal to the world the secrets of the ’Ndrangheta, which over the years has grown silently and in the shadows.”

At one time derided by the Sicilian Cosa Nostra and Campanian Camorra mafias, today the ’Ndrangheta is by far the most powerful criminal group in Italy and one of the richest in the world. A study by the Demoskopita Research Institute in 2013 estimated that it was more financially powerful than Deutsche Bank and McDonald’s combined, with an annual turnover of €53 billion.

According to investigators, the secret of its success lies in its deep embeddedness in Calabria. Bosses rarely abandon their remote villages, despite global operations worth millions.

To protect themselves, they build escape tunnels under their houses, sophisticated bunkers in mountains that are reachable only on foot, and hideouts in the woods for when they are on the run. In the course of the investigation, police discovered a pizzino, a small slip of paper used by the mafia for top-level communications, containing a quote from three 17th-century knights who, according to legend, founded the Cosa Nostra in Sicily, the Camorra in Campania and the ’Ndrangheta in Calabria.

But if on one hand ’Ndrangheta bosses live like hermits hidden among the Calabrian mountains, on the other hand they are capable of laundering millions of euro from the drugs trade through shell companies.

“Their strength lies in the ability to connect the underworld with the upperworld,” said Mr Nicaso. “’Ndrangheta clans are characterised by deep blood relations, a characteristic that, until recently, has made this organisation virtually impenetrable. Today, at last, many of these brothers, nephews and even children have decided to appear as witnesses against their own relatives.”

At the trial, codenamed Rinascita “Rebirth”, all eyes will be on Emanuele Mancuso, son of boss Luni Mancuso, who has been revealing the clan’s secrets after accepting police protection. He is set to testify against his uncle, Luigi Mancuso.

“This is the trial of all honest businesspeople and citizens, who for years have endured attacks and harassment from the bosses who intimidated them into paying the protection money,” said Mr Gratteri. ‘‘It is my hope that these proceedings can signal a true rebirth for the people of Calabria who are tired of living with the ’Ndrangheta.” – Guardian