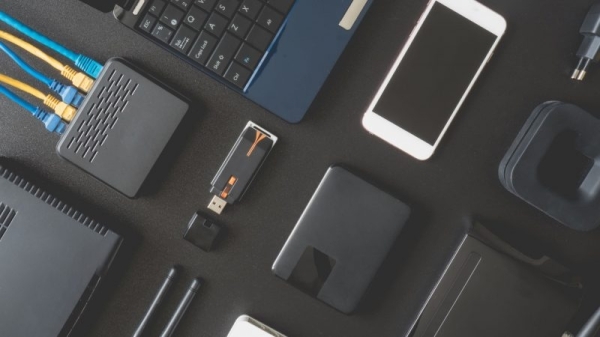 For vice-president Mike Pence, the moment of truth had arrived. After three years and 11 months of navigating the treacherous waters of President Donald Trump’s ego, after all the tongue-biting, pride-swallowing moments where he employed strategic silence or florid flattery to stay in his boss’ good graces, there he was being cursed by the president.

Trump was enraged that Pence was refusing to try to overturn the election. In a series of meetings, the president had pressed relentlessly, alternately cajoling and browbeating him. Finally, just before Pence headed to the Capitol to oversee the electoral vote count last Wednesday, Trump called the vice-president’s residence to push one last time.

The blow-up between the nation’s two highest elected officials then played out in dramatic fashion as the president publicly excoriated the vice-president at an incendiary rally and sent agitated supporters to the Capitol, where they stormed the building. Some of them chanting “Hang Mike Pence”.

Evacuated to the basement, Pence huddled for hours while Trump tweeted out an attack on him rather than call to check on his safety. It was an extraordinary rupture of a partnership that had survived too many challenges to count.

The loyal lieutenant who had almost never diverged from the president, who had finessed every other possible fracture, finally came to a decision point he could not avoid. He would uphold the election despite the president and despite the mob. And he would pay the price with the political base he once hoped to harness for his own run for the White House.

“Pence had a choice between his constitutional duty and his political future, and he did the right thing,” said John Yoo, a legal scholar consulted by Pence’s office. “I think he was the man of the hour in many ways – for both Democrats and Republicans. He did his duty even though he must have known, when he did it, that that probably meant he could never become president.”

Former senator Jeff Flake of Arizona, one of Trump’s most outspoken Republican critics and a longtime friend of Pence before they drifted apart over the president, said he was relieved the vice-president had finally taken a stand.

“There were many points where I wished he would have separated, spoke out, but I’m glad he did it when he did,” Flake said. “I wish he would have done it earlier, but I’m sure grateful he did it now. And I knew he would.”

Not everyone gave Pence much credit, arguing that he should hardly be lionised for following the constitution and maintaining that his deference to the president for nearly four years enabled Trump’s assault on democracy in the first place.

“I’m glad he didn’t break the law, but it’s kind of hard to call somebody courageous for choosing not to help overthrow our democratic system of government,” said Democratic representative Tom Malinowski.

“He’s got to understand that the man he’s been working for and defending loyally is almost single-handedly responsible for creating a movement in this country that wants to hang Mike Pence.”

The rift between Trump and Pence has dominated their final days in office – not least because the vice-president has the power under the 25th amendment to remove the president from office with support of the cabinet. The House planned to vote on Wednesday demanding that Pence take such action or else it would impeach Trump.

Pence sent a letter late on Tuesday making clear that he has no intention to invoke the amendment. But Trump was nervous enough about it that he finally broke five days of the cold shoulder to invite his vice-president to the Oval Office on Monday night to smooth over their split. The official description of the hourlong conversation was “good”; the unofficial description was “non-substantive” and “stilted”.

Trump came into office with no real understanding of how his predecessors had handled relationships with their running mates. In the early days, when it became clear that there would be no organisational chart or formal decision-making process, Pence made himself a regular presence in the Oval Office, simply showing up with no agenda, often walking into a policy discussion for which he had received no briefing materials.

He arrived in the West Wing each morning, received an update about when the president was coming down from the residence and then simply stationed himself in the Oval Office for most of the day. He was almost never formally invited to anything and his name was rarely on official meeting manifests. But he was almost always around.

Calm and unflappable, Pence took on the role of confidant for cabinet secretaries and other officials fearing Trump’s ire, advising how to broach uncomfortable topics with the president without triggering him.

Not angering Trump “was a key objective of his”, observed David J Shulkin, the former secretary of Veterans Affairs. “He tried very hard to straddle a very tough line.”

But that meant Pence’s own views were often opaque. “Were the policies and the statements being put out, were they ones that he completely agreed with?” Shulkin asked. “Or was it his strategy that it is better to be in the room, it is better to be a trusted party to help moderate some of those strategies and the way to do that is not to publicly disagree? I think that was a really hard one to figure out, exactly where he stood.”

Pence ultimately discovered that loyalty to Trump only matters until it does not. Tension between the two had grown in recent months as the president railed privately about Pence. The vice-president’s allies believed Trump was stirred up in part by Mark Meadows, the White House chief of staff, who told him that Pence aides were leaking to reporters. That helped create a toxic atmosphere between the two offices even before election day.

When Trump’s efforts to overturn the election results were rejected at every turn by state officials and judges, Trump was told, incorrectly, that the vice-president could stop the final validation of the election of president-elect Joe Biden in his role as president of the Senate presiding over the electoral college count.

Pence’s counsel, Greg Jacob, researched the matter and concluded the vice-president had no such authority. Prodded by Rudy Giuliani and Jenna Ellis, two of his lawyers, Trump kept pressing.

Pence’s office solicited more constitutional opinions, including from Yoo, a prominent conservative at the University of California at Berkeley who served in Bush’s administration.

In the Oval Office last week, the day before the vote, Trump pushed Pence in a string of encounters, including one meeting that lasted at least an hour. John Eastman, a conservative constitutional scholar at Chapman University, was in the office and argued to Pence that he did have the power to act.

The next morning, hours before the vote, Richard Cullen, Pence’s personal lawyer, called J Michael Luttig, a former appeals court judge revered by conservatives – and for whom Eastman had once clerked. Luttig agreed to quickly write up his opinion that the vice-president had no power to change the outcome, then posted it on Twitter.

Within minutes, Pence’s staff incorporated Luttig’s reasoning, citing him by name, into a letter announcing the vice-president’s decision not to try to block electors. Reached on Tuesday, Luttig said it was “the highest honour of my life” to play a role in preserving the constitution.

After the angry call cursing Pence, Trump riled up supporters at the rally against his own vice-president, saying, “I hope he doesn’t listen to the RINOs and the stupid people that he’s listening to.”

“He set Mike Pence up that day by putting it on his shoulders,” said Ryan Streeter, an adviser to Pence when he was the governor of Indiana. “That’s a pretty unprecedented thing in American politics. For a president to throw his own vice-president under the bus like that and to encourage his supporters to take him on is something just unconscionable in my mind.”

Pence was already in his motorcade to the Capitol by that point. When the mob burst into the building, Secret Service agents evacuated him and his wife and children, first to his office off the floor and later to the basement. His agents urged him to leave the building, but he refused to abandon the Capitol. From there, he spoke with congressional leaders, the defence secretary and the chairman of the joint chiefs of staff – but not the president.

A Republican senator later said he had never seen Pence so angry, feeling betrayed by a president for whom he had done so much. To Trump, one adviser said, the vice-president had entered “Sessions territory,” referring to Jeff Sessions, the attorney general who was tortured by the president before being fired. (A vice president cannot be dismissed by a president.)

On Thursday, the day after the siege, Pence stayed away from the White House, avoiding Trump. The next day, he went in, but spent most of the day at the Eisenhower Executive Office Building next door, where he held a farewell party for his staff.

But aides said Pence did not want to become a long-term nemesis of a vindictive president, and by Monday he was back in the West Wing.

Unlike Trump, Pence plans to attend Biden’s inauguration, then expects to divide time between Washington and Indiana, possibly starting a leadership political committee, writing a book and campaigning for congressional Republicans. But no matter what comes next, he will always be remembered for one moment.

“We’re very lucky that the vice-president isn’t a maniac,” said Joe Grogan, Trump’s domestic policy adviser until last year. “In many ways, I think it vindicates the decision of Mike Pence to hang in there this long.” – New York Times